Last year, four young men, on a pre-dawn joyride, brutally murdered a young mother and seriously injured her eleven-year-old daughter. The boys-at the time 17, 18 and 19 years-old-planned their crime, set out that night with the express purpose of killing innocent people. The driver carried a machete, another boy a four-inch foldable knife. When the teens broke into the house, selected at random, their victims lay asleep in their beds.

‘It was just a game,’ the ringleader, now on trial for first-degree murder, told a friend afterward. ‘It was fun.’

‘He joked how she woke up to being hacked to death by a machete,’ one of the accomplices testified on the stand. 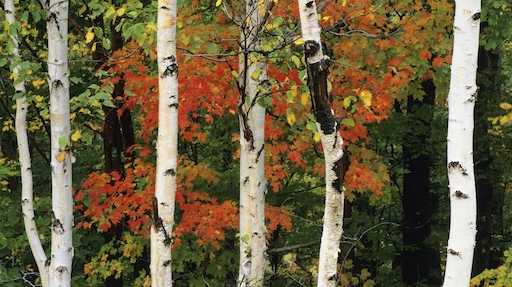 Mont Vernon, New Hampshire, is a quintessential New England town, a Rockwellian village of rolling hills and fields bounded by stone walls, a tiny community, two thousand strong, where neighbors know one another by name and look out for each other. Kimberly Cates’ ranch-style house, buffered by hemlocks and pines, sat at the end of a dirt driveway, separated from the town center by a five-minute walk through the woods.

According to her friends, Kim worried about the isolation; at night, the thick forest shrouded her home in darkness. The isolation that stoked fear in Kim Cates’ heart whispered opportunity to her killers. Isolation, boredom, disconnection from the outside world-all this, various commentators have speculated, may have played to the killers’ dark side, pushed these boys over the deep end, as if real life were a Stephen King novel, where isolation leads inevitably to unspeakable acts of violence and rage.

In photographs from the killers’ arraignment and trial, intense, angry eyes look defiantly out of haunting, expressionless faces.

My daughter and I scrutinize the photos. We need badly to make sense of this senseless tragedy. The narrative, like so many others-the Craig’s List Killer, the Yale lab technician, the Dartmouth murderers-drops us into one horrific moment, while providing no context, no definitive beginning, no tangible middle, only this terrifying, unimaginably horrific end. Unintentional voyeurs, we stand outside, looking in. In our humanity, driven to make meaning, we wonder aloud.

Why? we ask-because only this, the identification of some dark pathology, confirmation of their otherness, separates us.

‘Look at them,’ my daughter says. ‘They’re skinheads. No wonder.’

The boys’ heads are, indeed, shaved; one news report alluded to swastikas. Maybe deranged, neo-Nazi beliefs separated these kids from their peers. Maybe, isolated, bored, they whiled away hours playing violent video games. On his Facebook page, one of the boys wrote that, before heading out that night, they’d watched Dexter, a TV show featuring a sympathetic serial killer. Maybe a violent TV program or a movie, an addiction to TV or video games or YouTube or the Net severed their ties with reality, broke the necessary connection between the fantasy world and real life, where real people suffer and bleed. Maybe Neo-Nazi prejudices fueled their rage; maybe hatred drove them to kill.

Or maybe the shaved heads meant something else; maybe, in some twisted way, their buzzed hair was not a sign of isolation at all. Maybe for these deluded young men, their buzz-cut hair, or even their monstrously violent acts, identified them as a part of a group, their shaved heads a symbol of belonging, offering them a sense of connection-a feeling, however horrifying or psychotic, of hope.

My daughter is frightened. The boys remind her of kids she’d known in high school, bad-ass boys she or her sisters might have dated, hoping to nurture and change. The pictures scare me, too. The young men look far too familiar.