Could you please tell us about Kindle Nation Daily? What led you to found it?

Back in late 2007, I was finishing up a book — it was part polemic and part how-to manual, really — called Beyond The Literary-Industrial Complex, about how authors were beginning to use new technologies to push the old gatekeepers out of the picture and unleash a new indie movement, in some ways similar to what we had seen decades earlier with indie music and indie film. A friend sent me a link to watch an appearance by Jeff Bezos unveiling the Kindle on Day 1 on the Charlie Rose Show, and I was totally jazzed. Right from the get-go I thought that this gadget, in Amazon’s hands, could create amazing opportunities for authors and for readers, and within an hour I realized that I wanted to be part of the conversation. I had previously owned an independent community bookstore, been fiction editor of a literary magazine, been a publishing executive with a tiny publisher that got swallowed up by Random House and Bertelsmann, and published a successful book on online bookselling that was largely about Amazon’s business model, so I had been to night school if you will. But I was essentially an English major rather than a gadget head, so I thought: who better than me to write a user’s guide for the Kindle, an English major’s device? I also had to rewrite Beyond The Literary-Industrial Complex to include the opportunities that the Kindle could open up for authors. But my book The Complete User’s Guide to the Amazing Amazon Kindle came out in February 2008 and it became the number-one bestselling book overall in the Kindle Store for the entire calendar year 2008, beating out the Twilight books, Patterson, Connelly, etc.

Suddenly I had stumbled into having “a platform!” My inbox was full of messages from Kindle owners asking me to keep them up to date on everything Kindle, and I started sending out an email now and then about Kindle books, Kindle tips, Kindle buzz, whatever. It wasn’t until February 2009 that we started calling it Kindle Nation and combined daily blog posts with a weekly newsletter and eventually a presence on Facebook and elsewhere.

Your site is obviously very popular, particularly with indie authors. What made you want to support them through your promotional efforts?

Well, it’s where I come from in a very real sense. I loved the golden age of American book publishing in the mid-20th century, but we’ve been a long way from that for a long time, with Big Six publishers trying to make bestselling authors out of the Paris Hiltons of the world and trashing their own distribution channels and end-customers in their desperate efforts to pay for all those Manhattan skyscrapers and legacy costs. So from the beginning I was looking for ways to help indie authors, writers of distinction, find connections with out readers. And gradually we were able to develop a kind of ecosystem where our readers depend on us to help them find new writing in a wide array of categories from edgy experimental fiction to cozy romances and everything in between. After we had been doing that very actively for over a year we began to see how sponsored posts and excerpts could help pay for the kind of tech support that would allow us to make the website cooler and more helpful, which would in turn bring us more readers, looking for more writers, and so on and so forth.

One traditionally published author recently said ‘DON’T SELF-PUBLISH.” How would you respond to this?

Well, this is not an entirely apt analogy, but it kind of reminds me of how the American Medical Association has historically lobbied against unlimited licensing of nurse practitioners and physical therapists and chiropractors, etc. There are some very successful authors who do not necessarily want some upstart authors elbowing them away from the trough where they have been feeding, just like their big traditional publishers don’t want to give up market share to new entities, non-entities, and anyone else for that matter. And of course there are some, like Authors’ Guild president Scott Turow, who seem willing to say just about anything in defense of the big publishers, and maybe they don’t realize how silly they sound. They claim to be representing authors, but they are really just representing a diminishing group who are now just the tip of the iceberg in relation to all the authors who are making a living by their writing today.

And of course the other question is: what does “self-publishing” even mean any more? With the disintermediation of so many gatekeepers — literary agents, traditional publishers, wholesalers, distributors, bookstores, print book reviews — there are thousands of authors making a living through “direct publishing.” Maybe the anointed and traditionally published like their royalties of 6 to 20%, but we unwashed are loving our 70 percent royalties, thank you very much. We’re using a bunch of different strategies to reach readers, breaking through to bestseller status with astonishing frequency, signing movie deals, and we don’t even have to get any ink on our hands or spend months driving around to bookstores with cases of books in the trunk of our cars!

What do you see as the future of indie publishing?

Better get out the shades — it’s pretty bright! One of the lessons of the past couple of years, including the incredible array of smoking guns in the federal government’s ebook price-fixing case against Apple and its big-publisher co-defendants, is that the old guard is so dug in in the old way of doing things that it is still unlikely to innovate effectively in the ebook world. So indie authors, small presses and new media publishers have been taking market share away from the big publishers, and that’s likely to continue. Amazon’s position is likely to get stronger both as a publisher and as a retailer, and that will mean increased scrutiny with respect to things like the company’s exclusivity requirement for KDP Select, so there will be plenty of twists and turns in the road ahead. 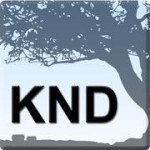 Tahlia Newland – author of A Matter of Perception

Naomi Blackburn – co-moderator of Sisterhood of the Traveling Book

Roz Morris – author of My Memories of a Future Life

Susan Salluce – author of Out of Breath

Michael Burns – author of The Horn

Donna – founder of Girl Who Reads

Kathy – founder of I Am A Reader, Not A Writer

Christine Nolfi, author of The Tree of Everlasting Knowledge