Although the misconception is rapidly changing, many people still believe that indie authors self-publish as a last resort, their third-rate books not good enough to score a traditional publishing deal. Ten years ago that might have been true. Not today. For confirmation, check out Publishers Marketplace, where you’ll find pages of deals for originally self-published books. Yes, some, perhaps many, were rejected by traditional publishers. When sales of these self-published books skyrocketed, publishers came knocking. 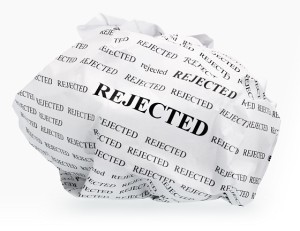 No, it’s not that those hotter-than-hot-selling books turned publishing-worthy overnight. It’s because, for one reason or another, publishers missed the boat the first time. Please don’t get me wrong: this is not to disparage traditional publishers or editors. Let’s face it: they have a tough job. Consumers are fickle. While a great book with great marketing will likely sell well, there’s also a je ne sais quoi – I hate to say mysterious, but mysterious – aspect that the best trained eye would have trouble figuring out.

The point is, publishers sometimes reject good books, for reasons other than that the book stinks or has no literary merit. Before you dash off a comment about the irrelevance of sales, please remember this: publishers are in business to make money. If they thought the book had a bat’s chance of selling 500,000 copies, they’d have inked the deal on the spot. Unfortunately, none of us has ESP. I can assure you of this: good books, very good books, books editors love and agents believe in deeply, are routinely rejected. Here, according to agents I’ve recently interviewed, are 4 of the most common reasons why:

The publisher isn’t sure how to categorize the book

For reasons involving both distribution and sales, books must be categorized properly. Distributors need to know where to place the book in their catalogue, booksellers must know where to shelve it in their stores, and readers must be able to find it in online databases.

Category lists typically include: Action and Adventure, Classics, Fantasy, Gay & Lesbian, General Fiction, Literary, Mystery, Romance, Suspense and Thrillers, Science Fiction, Western. With so many categories, fitting into one should be easy. Not necessarily. A very successful indie friend has a series that falls into the romance, paranormal, western, suspense categories. Genre-bending books like hers are difficult, if not impossible, to categorize. The books, which have enjoyed mega-sales on Amazon and are now distributed in print, were rejected for that reason.

Michael Vitez, author of The Road Back, is a Pulitzer Prize winner and 30-year veteran staff writer for the Philadelphia Inquirer. Despite starting life as a popular 3-part newspaper series, The Road Back was rejected for this very reason: publishers didn’t know how to categorize it.

A book like Harry Potter that falls outside the norm might attract a huge audience, starting a massive publishing trend, or the book may fall flat. This is the reason 12 publishers rejected Harry Potter before Bloomsbury finally took a chance. This story suggests the cream rises to the top, and in some cases-but by no means all-that’s true. Sometimes, though, it’s not until a book finds its audience that anyone realizes there is an audience for it.

This is frustrating because it seems that publishers would make deals based on the quality of the work. Some do, particularly small, independent publishers that don’t have to answer to corporate honchos. The reality is, without marketing no one will know the book exists, ergo no sales. Bringing a book to market can cost a Big 6 publisher upwards of $100,000. If they doubt they’ll break even, even if they love a book, they’ll be reluctant to buy it.

It’s difficult for any debut author to find an audience, but this is especially true of novelists: most fiction writers hit stride with their second or third book. Without a solid platform-i.e., a large, avid fan base, eager to buy the book the moment it’s published-or an enormous marketing push-a first book is likely to languish, particularly if it’s a novel, which remain harder to sell.

This is another problem that, on the surface, feels unfair. Each book, it seems, should be judged on its own merit. Dan Brown\’s first three novels sold fewer than 10,000 copies. We all know what happened with his fourth, The Da Vinci Code. Obviously, The Da Vinci Code is an exceptional example. Publishing at its particular moment, when people were turning en masse away from the Catholic Church, clearly helped sales. This is not to say that The Da Vinci Code would not have sold well without the scandal. But the scandal put some of the faithful who might otherwise have shunned such a book in a new frame of mind.

There was, of course, no way to predict the sex abuse scandal that rocked the church in 2002. Publishers can’t be expected to know the unknowable. From a purely business perspective, if an author has published other books, it would be irresponsible not to take that history into account. After all, if her previous books sold well, the author would expect a higher advance. If we want positive history to figure into the equation, we must accept the consequences of negative history too. We can’t have it both ways.

If you wrote a great book and your agent tried to sell it but failed, take heart: the rejection was by no means a statement about your talent, likely even your book. Rather than put your book in a drawer, why not try what so many successful authors have already done: publish it yourself!