“They look too much like us” – Milgram, Zimbardo and Our Self-Delusion

Terri Giuliano Long: I’m pleased to welcome Donna Brown back to the blog. Donna is continuing a regular column on current affairs, books, and technology. When Donna sent me today’s piece, I told her I found it both chilling and thoughtful. This well-constructed post poses difficult questions, but frames them beautifully. I hope it affects you as deeply as it did me.

They look too much like us” – Milgram, Zimbardo and Our Self-Delusion

In 1974, Stanley Milgram published Obedience to Authority: An Experimental View, a paper that was both shocking and groundbreaking in equal measure, based on a series of experiments in the 1960s. In 2009, the BBC filmed a replicated Milgram Experiment. In both experiments, a volunteer was ‘randomly’ drawn to play ‘teacher’. In actual fact, it was fixed and the ‘student’ was an actor. The teacher had to punish the student for every wrong answer in the test by administering an increasingly high electrics shock. In both experiments, the majority of participants were willing to continue with the experiment when advised to by the supervisor, even if they expressed misgivings and frustration or fear about the results.

In Milgram’s original experiment, 65% of the teachers were willing to proceed to the maximum voltage level of 450 watts. In actual fact, the students weren’t receiving shocks but the noises and faked responses to the shocks were designed to lead the participants to think that the student was in great pain or had actually lost consciousness.

At some point the actor would refuse to answer any more questions. Finally, at 330 volts the actor would be totally silent-that is, if any of the teacher participants got so far without rebelling first.

Teachers were instructed to treat silence as an incorrect answer and apply the next shock level to the student.

If at any point the innocent teacher hesitated to inflict the shocks, the experimenter would pressure him to proceed. Such demands would take the form of increasingly severe statements, such as “The experiment requires that you continue.”

The conclusions drawn were not that these were evil people but that they were driven by the expectation that authority should be respected and that the experiment was for the greater good. These factors allowed them to overlook the suffering of one individual. 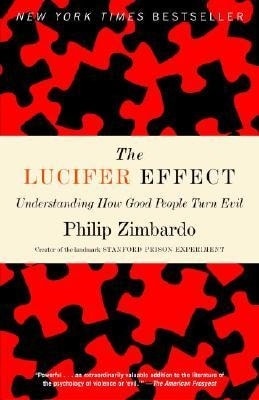 After learning about this experiment, I came across a book by Philip Zimbardo – The Lucifer Effect: Understanding How Good People Turn Evil. Why, I wondered, was that name familiar? I soon had my answer: The Stanford Experiment. Zimbardo wanted to know which would triumph in a negative environment: the environment itself or one’s own moral value. In a remarkably detailed and dramatic experiment, he assigned volunteers to roles as prisoners or guards in a mock prison he had constructed.

From minute one, Zimbardo’s experiment was designed to disorientate the prisoners. Zimbardo arranged for prisoner participants to be at their homes or an alternate nearby location, where they had been told to wait for instructions on a Sunday morning. They did not know that they had been chosen as prisoners and not guards. When police officers from the local precinct turned up to arrest them, very publicly, most were shocked, though quickly realised why they were being picked up.

Within hours, the guards had adopted a serious, strict persona, while several of the prisoners hadn’t really adapted to their new roles. In response, the guards used increasingly dehumanising and derogatory punishments to bring the prisoners into line. On the second day, a rebellion heightened the guards’ perceived need to be even harsher. Punishments became more like ‘normal’ tasks, administered at any time, including cleaning toilets with their bare hands, being woken during the middle of the night for ‘counts’, being made to perform very menial tasks. 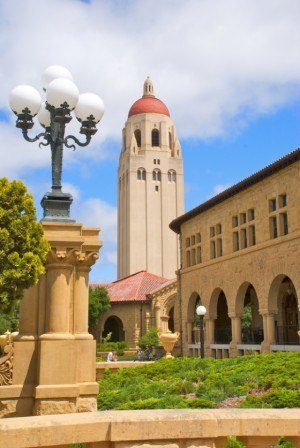 As prisoners became increasingly distressed, the lines of reality became blurred, as evidenced when parole hearings were held and only one prisoner mentioned the experiment. Prisoners made cases for their release – including being willing to forfeit their earnings of $15 a day – but none seemed to recognise that they did not require someone else’s permission to leave. In the end, Zimbardo decided to curtail the experiment but not before the humiliation had reached new lows, including prisoners being ordered to ‘hump one another’.

These were college students, educated young men. All had been screened for mental health issues or extreme views. They were the proverbial ‘good kids’. It was proof to Zimbardo that circumstances could dramatically affect the moral compass of most people, provided they were extreme enough.

One of the most interesting aspects of Zimbardo’s experiment was that he himself was not untouched. In acting as prison superintendent as well as research project supervisor, Zimbardo himself was drawn into the blurred reality of his own experiment and unable to view the effects on the participants objectively. When a colleague accused him of allowing these young men to suffer, the scales fell. As a researcher, he suddenly saw the barbarity of the experiment and quickly concluded it.

If Milgram, Zimbardo, the Stanford Experiment and more recent events at Abu Ghraib have revealed anything, it is that good people can do bad things. It is easy to blame bad character or poor morality. Zimbardo was frustrated that his assessment of the psychological damage that the soldiers at Abu Ghraib had themselves suffered, and which he believed had played a huge role in their actions, was dismissed. They were seen as ‘a few bad apples’ or ‘rogues’. When we turn away from people in this way, we leave a foundation of judgement and assumptions that can be resurrected in future. Instead, we should examine the circumstances that can bring out the worst in the very best and brightest of people. 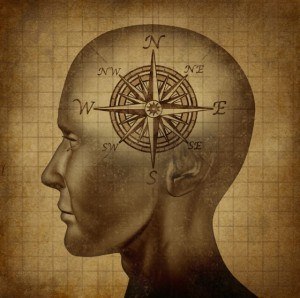 Is a broken moral compass beyond repair?

As I read Zimbardo’s book, I couldn’t help but think back to Terri Giuliano Long’s own article “Natural Born Killers” and the striking line: “They look too much like us.” Is this what makes it easier to turn away in disgust? To assume they are bad apples in a good barrel not, as Zimbardo puts it, “good soldiers put in a bad barrel”? If someone’s life is lost when serving their country, it is a tragedy. When someone’s sense of morality is lost or damaged, the tragedy is when we consider them lost and turn away.

From stories of people who have ignored a rape victim, taken pictures of a rape in progress, encouraged people to jump to their death, or been one of a dozen people that walked by a bleeding toddler, it is clear that we all need to keep a close eye on our moral compass. In the right circumstances, we could all be heroes. In the wrong circumstances, we could all be villains.

[SlideDeck2 id=11154]
The Lucifer EffectThe bookFull synopsisPreface
The ‘Lucifer Effect’ describes the point in time when an ordinary, normal person first crosses the boundary between good and evil to engage in an evil action. It represents a transformation of human character that is significant in its consequences. Such transformations are more likely to occur in novel settings, in ‘total situations,’ where social situational forces are sufficiently powerful to overwhelm, or set aside temporally, personal attributes of morality, compassion, or sense of justice and fair play. (Read more at The Lucifer Effect: Who Was Lucifer)
“In this book, I summarize more than 30 years of research on factors that can create a “perfect storm” which leads good people to engage in evil actions. This transformation of human character is what I call the “Lucifer Effect,” named after God’s favorite angel, Lucifer, who fell from grace and ultimately became Satan.” (Read more at The Lucifer Effect: Home)
What makes good people do bad things? How can moral people be seduced to act immorally? Where is the line separating good from evil, and who is in danger of crossing it?

Renowned social psychologist Philip Zimbardo has the answers, and in The Lucifer Effect he explains how-and the myriad reasons why-we are all susceptible to the lure of ‘the dark side.’ Drawing on examples from history as well as his own trailblazing research, Zimbardo details how situational forces and group dynamics can work in concert to make monsters out of decent men and women.

Zimbardo is perhaps best known as the creator of the Stanford Prison Experiment. Here, for the first time and in detail, he tells the full story of this landmark study, in which a group of college-student volunteers was randomly divided into ‘guards’ and ‘inmates’ and then placed in a mock prison environment. Within a week the study was abandoned, as ordinary college students were transformed into either brutal, sadistic guards or emotionally broken prisoners.

By illuminating the psychological causes behind such disturbing metamorphoses, Zimbardo enables us to better understand a variety of harrowing phenomena, from corporate malfeasance to organized genocide to how once upstanding American soldiers came to abuse and torture Iraqi detainees in Abu Ghraib. He replaces the long-held notion of the ‘bad apple’ with that of the ‘bad barrel’-the idea that the social setting and the system contaminate the individual, rather than the other way around.

This is a book that dares to hold a mirror up to mankind, showing us that we might not be who we think we are. While forcing us to reexamine what we are capable of doing when caught up in the crucible of behavioral dynamics, though, Zimbardo also offers hope. We are capable of resisting evil, he argues, and can even teach ourselves to act heroically. Like Hannah Arendt’s Eichmann in Jerusalem and Steven Pinker’s The Blank Slate, The Lucifer Effect is a shocking, engrossing study that will change the way we view human behavior.

One of the dominant conclusions of the Stanford Prison Experiment is that the pervasive yet subtle power of a host of situational variables can dominate the individual’s will to resist. That conclusion is further embellished and given greater depth in a set of chapters detailing this phenomenon across a body of social science research.” (Read more at The Lucifer Effect: Preface)

About the Author: Donna Brown

Donna has been a virtual assistant since 2012. She's been blogging for the last few years and addicted to the internet for longer than she cares to admit. She lives in Yorkshire, UK surrounded by books and pets.