Last spring, I asked students in my Web communications class to post a blog in response to two articles: ‘The Selling of a President,’ by Joe McGinniss, from Parade magazine, and ‘Coakley v Brown: The Social Media Divide May Decide Election,’ from the Huffington Post. Both had been written prior to big elections, the former months before the 2008 presidential election, the latter just days before Scott Brown rocketed to the Senate in a stunning victory that, even now, haunts the liberal Massachusetts electorate. 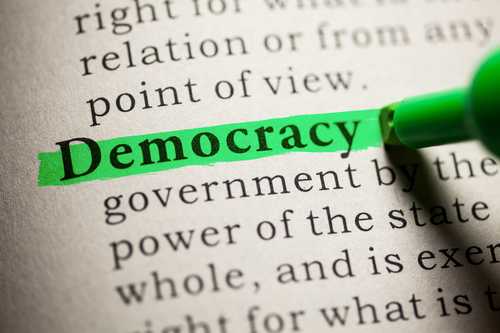 Based on previous blogs, I anticipated a lukewarm response. My students’ writing, while consistently thoughtful, showed little emotional investment. Now, as I read the entries, I saw-eureka!-engagement. Even passion! Many brought the subject home. They blogged about their frustration with politics, the ways in which social media nudged them, encouraged them to engage in the political world.

Other than Barack Obama, for whom they’d voted in droves, I’d believed young people to be indifferent to politics. Ignorantly, I’d chalked up their overwhelming support of Obama to youthful naivete, fanlike devotion to a young, handsome, electrifying candidate. That so many young people had voted was, surely, the result of a mob mentality, the young swept to action by a tsunami-like Internet marketing campaign.

Turns out, while young people do, in fact, turn to Facebook for news and information, ultimately neither their network affiliations nor mob mentality motivate political action. Nor do the young necessarily vote, as we old fogies too often do, to advance naked self-interest. No, for the young, it’s all about the respect.

My students’ blogs are, admittedly, an anecdotal sampling. But they’re telling, I think. And we can learn from them. A candidate who speaks specifically to them, a candidate who listens-takes them seriously-earns their loyalty. By addressing young adults through a media they understood and claimed as their own, Barack Obama, and a year later, a Republican, Scott Brown, told young people you matter. I care.

Not so different from the way the rest of us-parents, teachers, coaches, mentors-ought to behave.