A Grove and Its Roots: Editor-Writer Relations by Jeff Hanson

I’m delighted to welcome Jeff Hanson to the blog today! Jeff is the author of the Vanilla Lawyer Mystery Series, and is here to share insightful advice about the editor-author relationship.

A Grove and Its Roots: Editor-Writer Relations 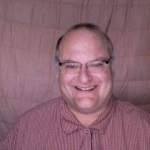 For several decades now, sociologists and journalists have studied and reported on doctor-patient relations. The crux of the problem was that doctors saw themselves as imparting objective, scientific knowledge. To patients, this posture felt authoritarian. We now use the term “bedside manner” to refer to how a doctor imparts his knowledge to a patient.

The editor-writer relationship, while hardly as rancorous, could also use some examination. What assumptions do an editor and writer bring to a relationship? What are the sources of conflict? What can be done about them?

Editors often wound the pride of writers who are being published for the first time. Almost every line contains corrections, and not only of simple punctuation mistakes. Sentences are removed, others are radically reworked, and suggestions abound. In my experience, this wounding extends to some Ph.D. candidates who have asked me to edit a dissertation – even those studying English.

The reason for this is simple: almost all of us are used to getting corrections and suggestions from English teachers, but their goals and foci differ from that of editors. Teachers foster and nurture. When most English teachers read a student work, they look for a couple positive things a student should build on, and then point out a couple issues that need improvement. To give too much information and correction at once overwhelms students.

The job of an editor is not to foster or nurture, nor to worry about overwhelming the writer. An editor takes an almost finished product and hones it – clipping, pruning, grafting. The goal is not to help the writers in their future projects, but to make a single piece of writing as good as possible.

In my editing practice, I always get a feel for writers’ experiences with editors before I begin working with them. I warn them not to expect something along the lines of what an English teacher does. I want them to be prepared to see their writing as, in part, a public product and not simply an extension of themselves.

Ultimately, the source of the tension between writers and editors goes back to the distinction between private and public language. This tension displays its intensity in one of the jobs of the educational system. We need to be trained, for years, to express ourselves in socially understandable ways.

Private language is like the tangled root system of a well-kept grove, while the pruned trees are public language. Private language stems from associations rooted in the happenstance of experience. Words and phrases get connected, and a singular grammar even arises — we rarely think in complete sentences.

When a piece comes to an editor, it more closely resembles the privacy of a diary than what the public, finished product should look like. Even an editor of poetry needs to soften these idiosyncrasies enough so that the piece is at least in the public realm, rather than a purely private one.

The difficulty in the editor-writer relation emerges: how does the editor respect both the individuality of the writer and the expectations of the reading public? With each editing job, an editor needs to wrestle with this question and come up with an answer specific to the writer-editor relationship and the product being created.

Similarly, writers must come to terms with how creative writing taps the weird, underground roots of language in order to create trees. Then editors do the trimming. And, oh, sometimes it hurts.

Jeff Hanson is the sole proprietor of J.P. Hanson Editing Services, which is geared toward the needs of independent writers and presses. He also runs kindlemystery.blogspot.com and is the author of  The Vanilla Lawyer Mystery Series (forthcoming).