J.P. Hansen: How My Characters Came to Be: The Creation of The Vanilla Lawyer and his Sidekicks

Please enjoy this fantastic piece on character creation and development by my friend, J.P. Hansen, author of the terrific mystery series The Vanilla Lawyer in the Mayhem Blues.

How My Characters Came to Be: The Creation of The Vanilla Lawyer and his Sidekicks 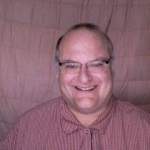 In the summer of 2011, after over 20 years of publishing as a journalist, blogger, and, mostly, an experimental poet and fiction writer, I decided I wanted to make some money with my most potent skill. I have always enjoyed reading mysteries, so I figured I would give writing them a shot. This is the story of how I invented my characters for The Vanilla Lawyer Mystery Series.

My first attempt at a mystery series failed. I invented a hardboiled detective modeled after Philip Marlow who secretly has to take shots from an asthma inhaler-the perfect discrepancy for the ironies of this 21st-century world.

However, it didn’t work. The characters just didn’t sing the way they need to in a mystery. Unlike in a lot of literary and experimental fiction, mystery characters, no matter how sinister, need to have a lightness to them-why, I am not sure. I speculate that it has something to do with the tight strictures governing mysteries. If the characters are too complex and contradictory, the plot and suspense bogs down. This observation is not a criticism; I am simply distinguishing the way characters function in mysteries from the way they do in other types of fiction.

So, I tossed that attempt aside. I felt discouraged. My ex-wife suggested I go with something I knew. Well, I know my family best, but the thought of using them as fodder for imaginative crime fiction appealed to me not at all. I know literature second best, but writing about literature and literary folks feels boring and incestuous to me: I write to learn, not to display what I already know.

Then I came up with it. I know blues and jazz. Somehow, I got the idea of having a white lawyer investigate the way blues musicians have been exploited by rock and rollers and the music industry-a topic near and dear to my heart. A lot of implicit tension resided in the very set-up: what motivates a white man to attempt to rectify racial injustice? to what extent would some black characters be suspicious of his motivations? to what extent would their suspicions be accurate?

From my first, failed mystery attempt, I still liked the idea of a handsome but dorky sleuth. So I invented The Vanilla Lawyer, Simon Caldwell. He is six foot two and has eyes of blue. He is devastatingly handsome. And he is a boring and conventional-read ‘vanilla’ probate lawyer. In addition, whenever he tries to flirt with women, he blows it. He says the wrong thing at the wrong time, repeatedly. The irony is that he is hot in bed. He learned his techniques from some library books he checked out after he got married to his ex-wife. He figured if he were going to be having sex with her for life, he better learn to please her. Now, all single women can benefit, if only he could somehow learn not to stumble over his own feet.

I loosely modeled the fictional main setting, a large bar in Monroe’s Steak House, after a restaurant in Minneapolis that I frequent. Here’s the description from the book:

Already, at 5:30 that Friday, the crowd at Monroe’s Happy Hour buzzed with expectation and relief. At every stool around the oblong, walnut bar animated folk conversed with each other-blue collar, white collar, no collar; black and white. In the middle of the oblong harried bartenders in white shirts and black ties strained to hear customers, then pulled the taps and shook the martinis. Even the walls contributed to the freewheeling atmosphere. In between each of the windows, which were framed by heavy curtains, hung large pictures of Marilyn Monroe, the restaurant’s namesake. One showed the strikingly beautiful woman putting her foot on a table and exposing her garters. In another, she sat on a stoop while wearing beige slacks and a sweater. Another captured the famous scene where the draft from the grate she is standing on blows up her dress. Finally, there was music. On a corner stage, a couple middle-aged white guys played acoustic blues, belting out “I’m a Man” with no sense of the irony of white men playing an old song originally created by black men who were called “boys.”

This is where I have the Vanilla Lawyer go for Happy Hour by himself one Friday afternoon. He runs into the beautiful Dot Fuller, a full-figured black interior decorator with a penchant for wearing unique, artist-made jewelry that she purchases at Minneapolis’ legendary Walker Art Center. She sits with her grandfather, Curtis, who has idiomatic hypersomnia-another suggestion from my ex-wife-which causes him to fall asleep a lot, as if he has narcolepsy.

The three get to talking, and The Vanilla Lawyer, a huge blues fan, learns that Curtis is none other than the long-gone ‘Lionheart Wilson,’ a minor but highly respected R& B pianist and shouter from the late 40’s and early 50’s. During the conversation, which is sparked by their listening to the white bluesmen play, The Vanilla Lawyer learns how little Curtis made from his own songs compared to rock and rollers who made millions off them. The Vanilla Lawyer determines to see justice done, and the plot is off and rolling. Little does he know that it will lead to his being shot at, his place ransacked, and possibly his death.

As the book unfolds, the skeptical and wickedly smart Dot questions Simon’s motivations and integrity. She wonders if he is in it for the glory, rather than the justice. She even goes so far as to speculate that he wants to make money on a book he might write on the case, thereby ripping Curtis off a second time, by profiting on the story of his being ripped off the first time. Not surprisingly, this sends The Vanilla Lawyer back on his heals.

Rounding out the major characters is a nurse who moonlights as a stripper, or vice versa. Jocelyn boldly announces her profession to any who will listen, wears sexy clothes even outside the strip club, met Dot at a writer’s group at a legendary Minneapolis institution, The Loft Literary Center, and managed to get a short story published in a small, local journal. While Dot and Simon have the educated smarts, and that is nothing to sneeze at, Jocelyn knows the streets and makes use of sharp intuitive skills-to say nothing of her sharp tongue.

I came up with Jocelyn in a fit of inspiration. I wanted to have a female character distinct from Dot-less well educated, less sophisticated and classy, and less articulate in conversation. I considered making her closer to the stereotypical stripper, but after doing some research using Cody Diablo’s Candy Girl and other, more scholarly books, I learned that the stereotype of strippers is as inaccurate as any other one. Some are even born-again Christians. So I made Jocelyn a flamboyant-she drives a Jaguar-flaunter of her sexuality while being at the same time smart enough to write publishable fiction. It would have been way too easy and boring to make her stupid.

She and Simon, The Vanilla Lawyer, have spirited arguments about the merits of stripping. He sees it as pure exploitation and objectification of women and their bodies. Jocelyn, who likes to tease Simon by offering him a free dance if he comes down to the club, finds his naivety both amusing and a little insulting. Doesn’t he realize the strippers play the men and turn them into objects, as well: namely, green-colored, rectangular, paper objects?

In general, my goal was to create distinct, clearly delineated characters who dress, live, and talk uniquely-and love each other, even if at times grudgingly. Of course, their admitting so would sacrifice some of their cool, except for The Vanilla Lawyer, who is the profound antithesis of any such thing, and who would say it, but it never occurs to him.

So that’s the story of my characters. I find that each has plenty of room to grow, and, since I am three manuscripts into the series already, I know how each will develop. Watch out for the next installment, The Vanilla Lawyer and the Sexy Set Ups: it’s sexy.

About J.P. Hansen and The Vanilla Lawyer

J.P. Hansen lives in Minneapolis with his two daughters, Cece and Molly. His Vanilla Lawyer Mystery Series has just debuted on Kindle, with The Vanilla Lawyer in the Mayhem Blues. He also runs J.P. Hansen Editing Services.

About The Vanilla Lawyer in the Mayhem Blues

Murder, drugs, unpredictable characters-this mystery exposes the cruelty that underlies greed and the mixed motivations often behind a drive for justice. The Vanilla Lawyer, devastatingly handsome and six foot two with eyes of blue, works to right decades of wrongs done to bluesmen by rock and rollers. He pals around with two beautiful female sidekicks. Dot Fuller, an African American interior decorator with a top-notch education, talks blunt and articulate and loves to wear unique, artistic jewelry. Jocelyn, a published author with street smarts and lightning-fast intuition, works as a nurse and moonlights as a stripper, or vice versa. Can these unlikely friends solve a decades-old murder before The Vanilla Lawyer is himself snuffed out?

“Delving into corporate greed, race relations, and politics in the music business, The Vanilla Lawyer in the Mayhem Blues is a highly suspenseful and thought-provoking mystery in which the protagonist seeks justice and to assuage his own guilt. J.P. Hansen writes with assurance and passion.”