D.M. Kenyon on the Witchcraft of Words: The Consciousness of Literary Spell-casting

I met Dave Kenyon, the author of this wonderful philosophical post on writing and communication, through the Indie Book Collective. Dave had just begun to promote his amazing novel, The Lotus Blossom. I was immediately impressed with his thoughtful take on the world. His philosophy comes across brilliantly in The Lotus Blossom, as it does here. Please enjoy!

The Witchcraft of Words: The Consciousness Of Literary Spell-casting 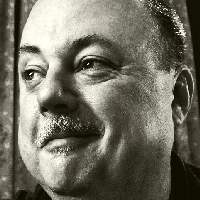 Back in the day, I used to teach children a martial art called Aikido, but I was primarily interested in teaching them how to think. We used to play a game where the kids would try to meditate on a single object and I would ‘steal their minds’ by forcing a thought into their meditation and they would try to keep it out. After the children brought their breathing under control and their effervescent minds slowed the fizzy bubbles of thinking to a single thought, I would say, no matter what you do, do not think about pink elephants.

A few kids would start to giggle immediately, but the older, more experienced kids would remain calm and stoical. Then I would say, ‘You know what I mean, big fat pink elephants wearing tutus and dancing the shimmy-shake through your mind.’ Every time you try to kick them out, they burst back into your mind dancing their ridiculous dance. They are really busting a move now, pink elephants with silly looking clown hats bouncing around in your mind. It wouldn’t take long before I had invaded every mind in the room.

The spoken image penetrates our consciousness, wanted or not, because our mind automatically identifies the words being spoken and translates them automatically into thought quicker than we can shut them out. The accomplished meditator does not try to resist the pink elephant; she allows it in and then lets it out of mind again like a passing cloud. Whether you are a meditator or not, this process works the same in all minds that process language. What this means to us in the context of ordinary living is that everything that is said around us gets to us, at least for a second, and takes control of our minds until we can kick it out, reinterpret it or step away from the communication. Advertisers are very familiar with this process and spend billions of dollars a year perfecting the most powerful linguistic and visual magic that they can conjure to penetrate and influence our minds. It really does work like witchcraft and it can be used for good or evil.

As a writer, let alone a man on the planet who speaks to others, I have spent a great deal of time considering what spells I should cast on others and what spells that I will allow to invade my mind. Literature, literally, is a form of witchcraft designed to share consciousness, so it behooves a writer to be selective and skillful in what he or she dumps into the minds of others. It is not just about the mental impression you make, it is about the behavioral changes you inspire. Hateful communication, for example, pushes people off the edge and causes them, if only as a trigger point, to go home and slap their children. Writers, we are wizards, blindly and blithely stumbling about in our oblivion, while our wands only half-intentionally turn the guy next to us into a love-starved lunatic with a foot fetish.

When I write, I do not forget that there is a responsibility that comes with magic. I do not want to inadvertently turn someone in to a toad when they read what I have to say. I don’t mind shaking them up, upsetting them – even to the point of making them cry. I have received more than one soggy email from readers of The Lotus Blossom telling me how they were emotionally devastated near the end of the book and kept waiting for me to use magic to undo the sadness that I had unleashed. I do provide a spell that turns pain into inspiration by the end, but I intentionally fry my readers in their own grease for a while. I do not want them to forget what I am trying to teach them – life is for real, tune into it, embrace it and while I have your attention, try to relocate the dignity of your humanity.

I am not a literary snob so much as I am witchcraft snob. If you do not have a worthy spell to cast on the minds of others, something that will improve the awareness, wisdom and life experience of the reader, then shut up. Some of the crap that is being passed off in the 99 cent ebook these days should be left unspoken; the worst of it should be entombed in Yucca Mountain with the rest of radioactive waste. Not every book needs to be Shakespeare. We certainly do not need mind police telling us what to read. Your mind is your garden and you can fill it with highway litter if you want to. That is and should continue to be your prerogative. The best writers, however, are aware of the impact of their words and write into the listening ears of the reader with the expressed intention of making a precise impact. These are the writers that history remembers, though some of these writers are never discovered. This last bit is a shame because our culture so badly needs useful, healing magic.