Tracey Garvis Graves: On the Island, On the Shelf, On the Screen

I recently asked Tracey Garvis Graves to share her story with me and was so inspired by it that I wanted to run it on the blog. Tracey kindly gave me permission to share her wonderful – and uplifting – tale. I hope you’ll also draw great inspiration from it! 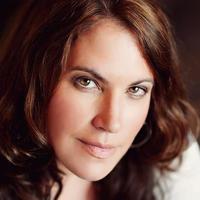 A year ago this month, I received the final form rejection for a book I’d written called On the Island. The agent wasn’t interested in seeing any part of the manuscript, and neither were the 13 other agents before him who had also passed on requesting the material. In hindsight, I was probably naive in thinking that anyone would take a chance on a debut novel that didn’t fit neatly into a single genre and had, quite frankly, a somewhat risky storyline (though not nearly as salacious and titillating as some commenters on the Internet – who haven’t read it – loudly proclaim it to be).

My initial goal had just been to write a full-length novel. It was a bucket list item, and there’s no better way to learn how to write a novel than to sit down and write one. During the 18 months it took to write On the Island (in a series of daily 5:00 a.m. writing sessions before I had to go to my day job), I fell in love with the characters and became wholly invested in them (as we writers tend to do). I was so excited about sharing the story with others.

I researched agents, I stalked their Twitter feeds, and I read their blogs. I drew up a list of agents that represented the genres I thought were the best fit for my book. I agonized over my query letter, workshopping it on a writer’s forum and trading it back and forth with my critique partner until we got it just right. Then I pressed send on the first batch of 5 and held my breath. The rejections started pouring in a few short hours later. I tweaked my query letter and sent 5 more, and still the rejections arrived in my inbox. I was running out of agents. If the first 10 I’d identified as the best match didn’t want me, it didn’t bode well for what the rest of the querying process would be like. I sent the last 4 letters and received the final batch of rejections. I’m not going to lie; it was heartbreaking. But during this time, the people who had actually read the book (I announced on my blog that I would give an advance reader copy to anyone who wanted one) were e-mailing me to tell me how much they loved On the Island. They said they couldn’t put it down. It made them laugh and it made them cry. But I couldn’t get the people who needed to read it – the agents – to agree to do so. Sure, I could have continued querying – some have said I gave up too quickly – but there was a disconnect somewhere and I was pretty sure it wasn’t on my end. Plus I’ve never been one to bang my head against a wall for an extended period of time, just to prove a point.

My husband and my critique partner urged me to consider self-publishing. I didn’t want to. I thought it meant that my book wasn’t good enough. That I’d failed as a writer. People looked down upon self-published authors and were quite vocal about everything they were doing wrong: bad covers, no editing, horrible plots with holes you could drive a truck through. I resisted. Finally, I decided that I had absolutely nothing to lose by self-publishing, and I wholeheartedly disagreed with the mindset that a writer who fails to gain agent representation must shove their novel in a drawer, never letting it see the light of day again.

So I hired an editor. And after that I hired a copyeditor and a digital formatter. I chose my cover art and a friend who is also a graphic designer applied the text. I spent weeks reading everything I could about self-publishing, and how to do it successfully. It took me approximately two months to complete all the necessary steps to prepare the manuscript for self-publishing. Then I uploaded to Amazon, Barnes &Noble, and Smashwords (thanks to my wonderful formatter, Guido Henkel, I made it through the meatgrinder on the first try).

My husband searched for the book on Amazon a few hours later and we cheered when we discovered it had already gone live. Seeing my book available for purchase on various retailers’ sites that weekend was a wonderful feeling.

Over the next 6 months I promoted On the Island. I released the paperback via CreateSpace a month after releasing the e-book, and I sent copies to bloggers and held a giveaway on Goodreads. I purchased sponsorships on Pixel of Ink and Kindle Nation Daily and each ad paid for itself (and then some). The book steadily sold more than it had the month before. Some amazing bloggers started shouting their love of the book from the rooftops, and I started smiling a lot. Words can’t even express the joy I felt when total strangers reached out to me to tell me how much they enjoyed the book. Amazon selected me for a promotion in March, and the visibility I gained did wonderful things for my sales.

I received an e-mail from an agent who wanted to discuss representation. I was doing fine on my own, but I had started receiving a lot of interest from foreign publishers and I needed someone to facilitate the sales. I signed on with the agency for subsidiary rights and within a month I had several more foreign sales of On the Island (foreign rights have now been sold in eleven countries, several of them in a pre-empt). Shortly after that, I had a film option offer from MGM which I gladly accepted. I can’t even tell you how thrilling that was, and it was something I would have never felt comfortable handling on my own.

It was at this time that I started to joke with people that I’d done everything backward. I now had an agent and I’d signed traditional publishing contracts in many different countries. By then I had absolutely no qualms about being a self-published author, despite the occasional snub which I ignored. The only thing that really mattered to me was the readers. I’ve said it before and I’ll say it again: I don’t think the average reader cares who publishes the book, as long as they enjoy it. There are many avenues that a writer can choose for bringing their work to the marketplace. This is a good thing because it’s the readers who benefit.

At this point, I had several options for the next step in my writing career. Ultimately I received three offers from traditional publishers. I had two choices: I could stay self-published (which had worked out pretty well) or I could sign with a traditional publisher. I used the same method I always use when faced with a big decision: I got out a sheet of paper and made a list of the pros and cons for each option. Self-publishing is wonderful because the decisions are all mine to make and I can release a book on my own timeline. But I can’t put my books on the physical shelf which is something I’d always dreamed of. Traditional publishing can do that, but I wouldn’t be making all the decisions anymore. I also had to think about my next book – what were my goals for my sophomore novel?

Ultimately, I chose to sign with Penguin and I’ve never been more certain about a decision in my life. I know there’s a bit of hand-wringing and worry when a self-published author signs with a traditional publisher, but if an author is savvy enough to be successful on their own, it stands to reason that they’re perfectly capable of making career decisions based on what’s best for them in the long term. Trust me, I wouldn’t do anything against my will, and if I’m happy with my decision I’m not sure how anyone – especially someone who doesn’t know me personally – can weigh in with any kind of authority about what I should and shouldn’t do.

The lines between self/indie publishing and traditional publishing will continue to blur. Writers have choices now and they can pick and choose the publishing methods that work best for them (on a project-by-project basis). My advice would be not to waste time and energy predicting the demise of one side or the other, and don’t begrudge anyone their choice when you’re not privy to all their reasons (financial, professional, and personal). Writers want their stories to be read and that’s a goal we all share, regardless of the methods we choose to make it happen.

Tracey Garvis-Graves is the author of On the Island and Covet. She lives in a suburb of Des Moines, Iowa with her husband, two children, and hyper dog Chloe. She blogs using colorful language and a snarky sense of humor to write about pop culture, silly television shows, and her suburban neighborhood.

About On the Island

When thirty-year-old English teacher Anna Emerson is offered a job tutoring T.J. Callahan at his family’s summer rental in the Maldives, she accepts without hesitation; a working vacation on a tropical island trumps the library any day.

T.J. Callahan has no desire to leave town, not that anyone asked him. He’s almost seventeen and if having cancer wasn’t bad enough, now he has to spend his first summer in remission with his family – and a stack of overdue assignments – instead of his friends.

Anna and T.J. are en route to join T.J.’s family in the Maldives when the pilot of their seaplane suffers a fatal heart attack and crash-lands in the Indian Ocean. Adrift in shark-infested waters, their life jackets keep them afloat until they make it to the shore of an uninhabited island. Now Anna and T.J. just want to survive and they must work together to obtain water, food, fire, and shelter. Their basic needs might be met but as the days turn to weeks, and then months, the castaways encounter plenty of other obstacles, including violent tropical storms, the many dangers lurking in the sea, and the possibility that T.J.’s cancer could return. As T.J. celebrates yet another birthday on the island, Anna begins to wonder if the biggest challenge of all might be living with a boy who is gradually becoming a man.