Her Books Presents: Bette Lee Crosby – Letter to My Younger Self

Hello there younger self…

I know you weren’t expecting to hear from me for quite some time, but here I am…you, twenty years from now. I wish I could tell you that you’ve changed dramatically, but you haven’t. You still think you can move mountains and conquer the world in a day. I guess that’s something that will always be with both of us.

You know that exercise bicycle you ride every morning before you dash out the door to a newly decorated office with Vice President of Marketing on the door? Well,the office with its beautiful wing-backed chairs and mahogany desk will be left behind without a single regret, but the bicycle will take you to a world you haven’t even dreamed of yet. I see you laughing at such a thought, but just wait it will happen.

Right now you pay little attention to the daydreams that float in and out of your mind as you pedal away. They’re simply fanciful thoughts of other people in other places; but every day they’re growing stronger and taking over a bigger piece of your brain. It won’t be long before you’ll find them impossible to ignore.  When that happens, your journey to becoming me will begin.

I wish I could tell you the journey will be easy, but it won’t.  You’ll spend years writing and accumulate enough rejection letters to paper the walls of the Grand Canyon before you learn to listen to your heart. But in time it will happen, and when it does you’ll know it. Mom will be gone by then, but it will be her voice you hear when you sit down at the computer. You’ll write the type of stories she used to tell, stories about real people living real lives, stories that will cause you to love your characters long before readers ever get the chance to meet them.

Looking back at you, I wish I could point you in the right direction. I wish I could tell you to simply relax and let your heart take you where it wants to go, but after having been you for all these years, I know you won’t listen. Maybe that tenaciousness is what enabled us to push past the rejection letters and move on to experience the thrill of becoming a best-selling author.

The nicest part of this journey is that you finally did allow me to become me. I got rid of all those corporate-looking suits you wear and I’m loving life in my sweats and tee shirts.  Oh and you know those tropical vacations you and Dick wait all year to take? Well, we’re living in Florida now, and it’s everything you thought it would be.  He’s got a few more grey hairs and you’ve got a lot more laugh lines, but that’s a good thing.

So go ahead, climb back on that bike and think beautiful daydreams. I’ll be here waiting.

Award-winning novelist Bette Lee Crosby brings the wit and wisdom of her Southern Mama to works of fiction—the result is a delightful blend of humor, mystery and romance along with a cast of quirky charters who will steal your heart away.

Crosby’s work was first recognized in 2006 when she received The National League of American Pen Women Award for a then unpublished manuscript. Since then, she has gone on to win several more awards, including another NLAPW award, three Royal Palm Literary Awards, and the FPA President’s Book Award Gold Medal.

Her published novels to date are: Cracks in the Sidewalk (2009), Spare Change (2011), The Twelfth Child (2012), Cupid’s Christmas (2012) and What Matters Most (2013).  She has also authored “Life in the Land of IS” a memoir of Lani Deauville, a woman the Guinness Book of Records lists as the world’s longest living quadriplegic.

Crosby originally studied art and began her career as a packaging designer. When asked to write a few lines of copy for the back of a pantyhose package, she discovered a love for words that was irrepressible. After years of writing for business, she turned to works of fiction and never looked back. “Storytelling is in my blood,” Crosby laughingly admits, “My mom was not a writer, but she was a captivating storyteller, so I find myself using bits and pieces of her voice in most everything I write.” 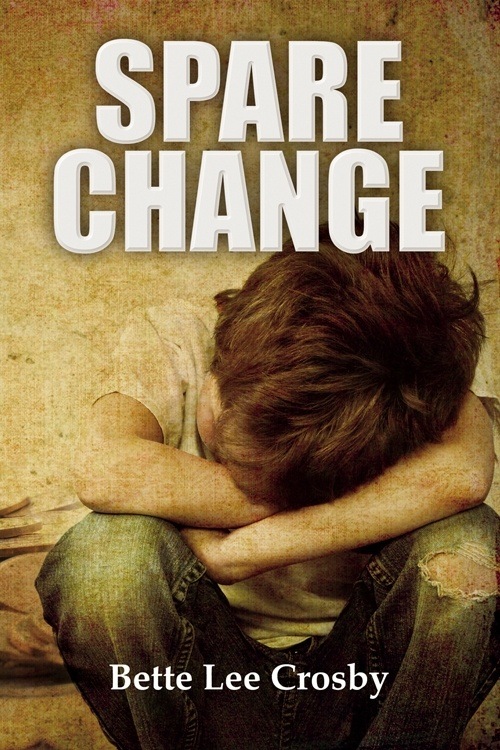 Eleven year-old Ethan Allen Doyle has witnessed a brutal murder and now the boy is running for his life. Olivia Westerly is the only person he can trust, and he’s not too sure he can trust her. She’s got no love of children and a truckload of superstitions. In the time-tested tradition of Southern Fiction, the darkest side of human nature is revealed before readers are rewarded with a beautiful tale of love, loss and unexpected gifts.

I don’t suppose there’s a person walking the earth who doesn’t now and again think, “If I had the chance to live my life over, I’d sure as hell do it differently.” When you get to a certain age and realize how much time you’ve wasted on pure foolishness, you’re bound to smack yourself in the head and ask, What in the world was I thinking? Everybody’s got regrets—myself included.

Some people go to their grave without ever getting a chance to climb out of that ditch they’ve dug for themselves; others get lucky.  Of course, the thing about luck is that you’ve got to recognize it when it walks up and says hello, the way Charlie Doyle did.  But that’s a long story, and to understand it you’ve got to start at the beginning.

…In the years that followed, Olivia had her fair share of suitors. But whenever the issue of marriage came up she’d disappear, leaving them flat as a run-over nickel. That is, until the spring of 1956 when she met Charlie Doyle, a man with silver hair and a powder blue Chevrolet convertible.

Charlie had eyes the color of spring blueberries and they were twice as tempting. “Now wouldn’t I just love to have him slip into my bed on a cold night?” the women of the Wyattsville Social Club whispered to one another. Women who had been married for forty years would start thinking of divorce when they looked at Charlie. Widows showered him with baskets of homemade cookies, then giggled like school girls when he planted a kiss on their cheeks. Some were out-and-out flamboyant in vying for his attention. The Widow Mulligan on more than one occasion indicated that she would be willing to add his name to her sizable savings account were he to ask a certain question. And Gussie Bernhoff, daring as ever-you-please, invited him to spend the night at her apartment. Yes, you could easily say Charlie had everything a man could wish for in Wyattsville. And he probably would not have gone over to Richmond, were it not for his pal Herbert Flannery’s retirement party.

As he and Herbert were sipping martinis and reminiscing, Olivia swished by in a rustle of green silk. “Who’s that?” Charlie whispered into Herbert’s ear.

“Her?” Herbert replied. “Forget her. She’s a career woman with no interest whatsoever in men.”

“We’ll see,” Charlie said. Then he marched over and introduced himself. From afar he had believed her to be a woman in her thirties, but close up he could see the cluster of lines crinkling the corners of her green eyes. Of course by then it was already too late. He’d been captured by a smile that made him feel younger than the powder blue convertible did.