Her Books Presents: Kathleen Valentine – Letter to My 20 Year Old Self

First of all, let me tell you, it’s going to be all right, really. I know you are very unsure of yourself and think that you don’t have much to offer the world but you will learn that you do. It’s taken me a long time to realize that and I wish I had learned it earlier in my life so that is why I want to say it to you. 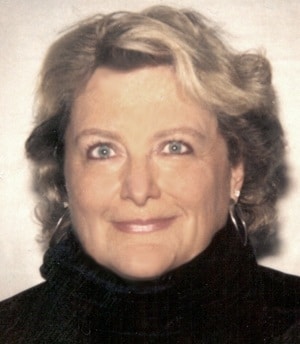 It’s okay to make mistakes although I know you don’t believe that. It’s okay to take chances. In the future you will take a lot of them—you will live in several different parts of the country, you will have very diverse careers, and you have good friendships with people of many different backgrounds. Because you grew up in such a sheltered and protected small town, you think the world can be a scary place. It’s true, it can be—but that is no reason to fear it. You are smarter and more capable than you think you are.

Most of all I want to tell you not to be afraid to love—or to accept love. You are an interesting person with a generous heart, people are drawn to you, it’s okay to trust and to beieve in your own self-worth. Now, when I look back on my young life, I see things that you cannot see. You had to grow up too fast. As the oldest of eight children you assumed responsibility for too much, too soon. You didn’t have much of a childhood and now, at twenty, when most of your friends are becoming adults, you are already tired of being an adult. It’s okay. You are creative in so many ways and it is okay to use that creativity to reclaim the childhood you missed. Don’t be ashamed of your creativity—don’t think of it as self-indulgence and a waste of time. Your creativity is the childhood you didn’t get to enjoy.

Let me tell you something I learned and wish I had learned sooner—no experience, no matter how negative, is wasted if you get a good story out of it. Everything is grist for the mill. Over the years I have tried many creative outlets. I painted, I got involved in theater, I knit, crochet, sew, cook, garden, can vegetables, bake bread. I took a couple of sculpture classes but it wasn’t until I started writing fiction that I really came home to my soul. Still, all of that was useful and still serves my writing well.  You love to read—keep reading. You are very good at listening to how people talk and how they express themselves. Keep doing that. But more than anything, take chances—in life, in love, and creatively. You will do well, I promise you. Don’t worry about being hurt, learn how to use the hurt to create. That’s all that matters.

Kathleen Valentine was born and grew up in the Allegheny Highlands of Pennsylvania. She graduated from Penn State with a degree in The Arts and worked for over twenty years in the art/marketing departments of high-tech corporations. Since 2003 she has run her own design business, Valentine-Design.com. She is the author of “Fry Bacon. Add Onions”, a cookbook/memoir of growing up Pennsylvania Dutch, as well as 4 novels, several novelettes and short story collections, and knitting instruction books. She has been listed as an Amazon Top 100 Author in Horror. Her novellas, “The Crazy Old Lady in the Attic” and “Ghosts of a Beach Town in Winter” were Amazon Top Ten Best Sellers in Horror and Ghost Stories for over 25 weeks.

Her blog at KathleenValentine.com has been read by thousands of readers since its beginning in July 2005. She currently lives in Gloucester, Massachusetts, America’s oldest seaport, and is writing every day. 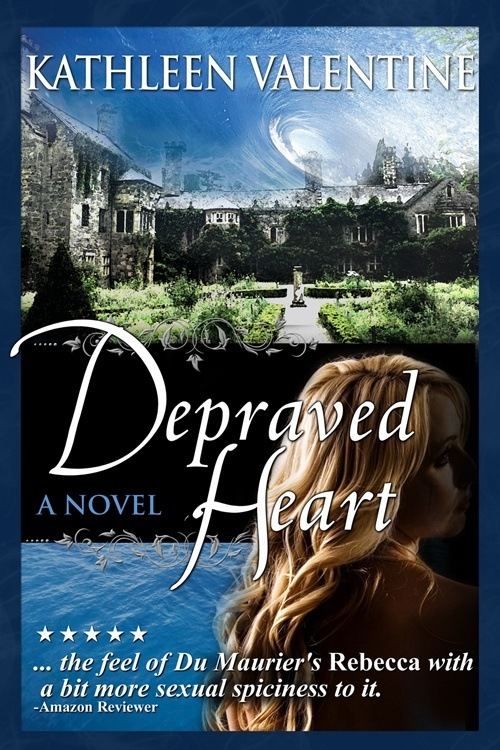 A 2013 eFestival of Words Nominee for Best Mystery / Suspense Novel, Depraved Heart combines suspense, art, and the paranormal. Tempest Hobbs is an art curator hired to spend the summer on a mysterious island estate where a famous dancer was murdered fifteen years ago. Her employer is former NFL superstar, Syd Jupiter, the recently paroled convicted murder.

She dreamed about him again. Even after all these years, Audrey dreamed about Raven more than she could bear. She both loved the dreams when she was lost in them, and hated them when she awoke and remembered that they were just dreams. On this night she dreamed they were on the beach below the cliff where the beach roses grew. A narrow strip of sand divided the rocks from the surf, and the day was one of those lovely end-of-summer days. He was all over her, devouring her even before they reached the beach. They stripped each other naked without breaking their kisses. In days, he would be going back to school—that fancy school in Boston—and she would be alone for the winter without him.

She was on top of him, head thrown back, wild with wanting him, the waves exploding against the jetty, and the gulls screeching. Her toes dug hard into the sand, trying to stay on him as he heaved up against her, thrusting so deep she thought she would split in two. She screamed and he laughed, his head burrowing back in the sand, the incoming tide lapping at their thighs and hips. She screamed again, louder, out of sheer joy. Her scream was answered by another, but it was not Raven’s. They both looked up.

Damn, she thought, that stupid sister of his. Why couldn’t she leave them alone?

He pushed Audrey off himself, leaped up and ran, graceful and sleek as the dancer he was, his sun-bronzed body lustrous in the late afternoon light.

“Let her go,” Audrey screamed, but he couldn’t, or wouldn’t, hear her.

“Forget her,” she screamed, and bolted upright, breaking the dream.

Moonlight bathed the sheet that covered her, and she could hear the gulls squawking, and the steady putter of the first fishing boats headed out of the harbor into the morning. She buried her face in her hands and wept.

She wrapped a robe around herself, unhooked the window’s iron latch, pushed it open, and leaned into the cool air to dry her tears. She both wanted the dreams to stop and to go back to sleep, and find a way to slip into them forever. Out of the corner of her eye she caught the movement of a small red light below her. Syd Jupiter stood on the terrace, smoking a cigarette in the dark. It was the one bad habit he brought with him from prison. She should have known he’d be standing there smoking—he always was at night. He seemed to never sleep.

Good, she thought. Good that he can’t sleep, the murdering bastard. He’s up to something. That’s why he has that woman from the museum coming to look at all this crazy art. He’s going to find out what it’s worth. He has no business being here, she thought. The house should have been Raven’s. Hers and Raven’s. But he’d destroyed any hope of that. He wouldn’t get away with it, she thought, not while she had breath in her body he wouldn’t.

She turned back into the room and began her day.

Meet the ‘Her Books Presents…’ Authors