It’s my immense pleasure to welcome Rob Gard to the blog today. Rob gave me a wonderful insight into the ways in which Kickstarter can be used by authors for my IndieReader piece earlier this year. Now he’s very kindly agreed to share his experience and advice in a fuller post. Don’t forget to stop by Rob’s blog for more great pieces.

My book is finished! The hard part is over! Getting it published will be a breeze compared to that journey.

I’m quoting myself, circa 2010. As any writer knows, finishing a book (and by finishing, I mean going through several drafts) is akin to giving birth via your mind, heart and soul: and it’s a grueling labor in all three realms. While we don’t expect everyone in the world to say we’ve birthed the greatest creation since the advent of writing, we certainly anticipate having some kind of welcoming reward for our efforts: a publishing deal. 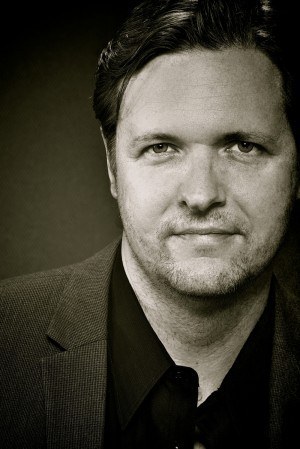 My “breeze” of a publishing journey for my memoir/travelogue “Distilling Rob: Manly Lies and Whisky Truths” consisted of three-near deals with agents (one of whom pulled out of the verbal agreement five minutes before the contract needed to be faxed to me) and two small publishers who repeatedly showed their interest. Repeatedly. Repeatedly. Repeatedly. “Hey, are you guys going to make a decision on this?” “We’re still interested” Repeatedly. Repeatedly…

Though I’d had a successful career as a journalist and television writer, my publishing career was stalled by late 2012, if one can possibly stall before even having any movement. To make matters worse, my next book project was a sequel to my unpublished manuscript, and I felt there was no point to start a sequel if the original piece went unpublished. I was at a seeming dead end, faced with two choices: give up or go the independent route and kick start my publishing career into action. I chose the latter by deciding to crowdfund my book.

Crowdfunding is a method by which artists, inventors, musicians and creatives of all types can bypass traditional project funding methods and obtain financial backing from their end-use target audience. Put another way, “if you would like to read this book I’ve talked about for two years please give me some money so I can print a copy for you.”

Kickstarter is perhaps the most well-known online crowdfunding platform today (according to the semi-reliable sage Wikipedia, there are 450 crowdfunding platforms). Each platform, while different, shares a common goal: to bring together a group of people whose financial backing will help to produce a project. The concept is simple, but the successful execution of a crowdfunding campaign is far from guaranteed and requires as much plotting and revising as a good book.

The first step is to determine whether or not crowdfunding is right for your project. Publishing projects are one of the most activated Kickstarter campaign areas. However, only a third of those campaigns achieve their funding goals. And with Kickstarter it’s an all or nothing proposal: If you set a campaign goal of $5,000 and receive $4,500 worth of pledges, you receive nothing. If you set a goal of $2,000 and receive $4,500, it’s all yours.

Why do most Kickstarter publishing campaigns fail? Arguments can be made about poor planning, poor logistics or poor presentation. However, I think many of those problems stem from a common foundation: trying to use Kickstarter to fund creativity rather than using Kickstarter to fund the product that comes from creativity. I remember one campaign where the person was asking for $25,000 to fund her book. The actual book expenses she listed (editing, printing, marketing, etc.) came to around $8,000 – a bit high in my opinion. The other $17,000 was, in her words, to pay for her time because writing this book was going to take some months and she needed to be compensated for that time.

I think the campaign garnered $900.

Hers is an extreme example, but I’ve seen many other campaigns where the persuading argument was that the creative process is what needed the most funding. Stories unwritten (which is fine) but the project creator has no clear path for writing or delivering the stories. 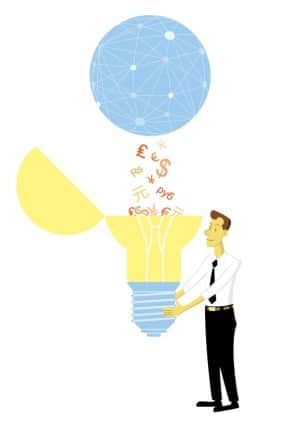 “Kickstarter is perhaps the most well-known online crowdfunding platform today”

Three things are needed for a successful crowdfunding campaign: a project that truly engages people; a strong description of the writer’s experience and ability to deliver the proposed project; and a platform to reach potential funders.

The first point is self-explanatory. If your creative vision is cannot connect with potential readers, the crowdfunding will inevitably fail. How can you tell if your story connects with people? Write it before you do your campaign. Or, at least write the first few chapters and deliver an outline of the rest of the story. Obtain feedback from friends and other writers. If you’ve previously published a book traditionally or successfully self-published, share your new idea with your readers. Find out what connects with people and what doesn’t. Revise, refine or abandon as needed.

The second point, for me, is extremely important. I will not fund campaigns of people who do not have some kind of track record. I don’t necessarily care what your track record is, but if you have something you can point to that says you’re able to complete the project and give me an interesting story when all is said and done, I’m much more likely to support you. I once supported the first time novel of a first time writer. The story was inspired by his two-year world travel journey. He had written a few sample chapters, shared journal entries from his travels, and explained that the logistical challenges he faced and overcame during his travels had prepared him for the logistics of writing and publishing a book. He also meticulously explained his costs. As a potential supporter, all of those things meant a lot to me.

Finally, and most importantly, you need to have a platform that can bring potential funders to your project. I read a statistic somewhere that said most successful Kickstarter project originators had at least 700 Facebook friends. Crowdfunding research shows that most people who support projects are connected in some way to the project originator (friends, family, fans, etc.). Very rarely will supporters come from the ranks of people who are perusing Kickstarter for random campaigns to back.

I spent longer preparing my Kickstarter campaign than I spent writing the first draft of “Distilling Rob.” I put significant effort into explaining the project, detailing my experience and my funding needs, and in expanding my platform (more so with adding Twitter followers than Facebook followers).

The preparations paid off well for me. My thirty day campaign reached its funding goal within the first 24 hours. I eventually nearly tripled my funding goal.

The preparation also served as an advance marketing campaign. Backers were ready for my book when it came out, shared news of the book and quickly wrote reviews for Amazon and Goodreads. In less than a month, I sold as many books as I had sent out for my Kickstarter backers. Now with my bigger marketing push on the horizon, I have a built-in audience and reviews that will help to persuade bloggers and journalists to take a look at “Distilling Rob.”

Only you know if a crowdfunding platform like Kickstarter is right for your project. But, there is some sense of empowerment in knowing a crowdfunding possibility exists and that the life of your creative labor doesn’t fully lie in the hands of publishers and agents.

Robert L. Gard is a former Los Angeles newspaper editor and has written more than 2,500 articles ranging from political exposés to celebrity profiles. He is also an award winning television writer and director.

A respected whisky expert, Rob’s columns and reviews have appeared in Whisky Magazine, Patterson’s Beverage Journal, and The Tasting Panel. He leads whisky tastings and pairing dinners throughout the country.

Rob focuses on the relationship between whisky and writing, using whisky as an analogy for larger life experiences. Rob’s pieces have been described as “writing beyond the liquid.” 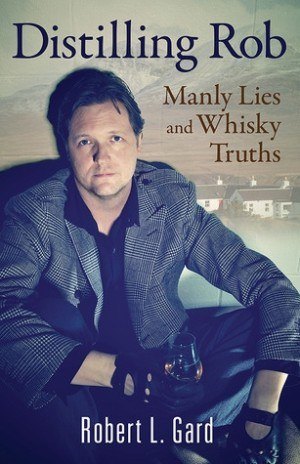 Whisky. The word evokes all that is embraced by men. But, what makes a whisky a whisky and what makes a man a man? Rob Gard doesn’t have the answer to either of those questions. He only knows that his high profile, fast living life in Hollywood has him drinking a lot of one and feeling nothing like the other. Distilling Rob: Manly Lies and Whisky Truths tells of how Rob abandoned his life in Los Angeles to move to a small island off the coast of Scotland to work at a whisky distillery. The story uses the whisky-making and maturation process as an analogy for how boys mature into men. Rob’s life, from an insecure working class boy to an uncertain “man,” serves as a vessel to examine how people struggle to understand what it means to be an adult. As he gains a deeper understanding of himself the longer he work at the distillery, the question looms of whether or not Rob will comprehend the meaning of ”adulthood” before he has to leave the island. The story connects with anyone, male or female, who sometimes feels like a childish impostor inhabiting the body of an “adult”. Balanced between the external adventure of a foreign land and the internal voyage of self-comprehension, Distilling Rob uses humor and honesty to challenge readers to take that same journey within their lives.