David Novak: Risk of Depression in Teens with ADHD

Today, prolific blogger and columnist David Novak joins me to talk about the risk of depression in teens with ADHD. Thank you, David, for sharing your thoughts!

Risk of Depression in Teens with ADHD 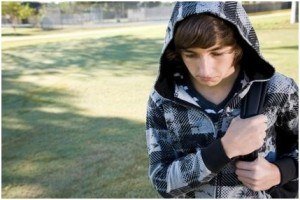 An ADHD diagnosis can be a difficult hand to be dealt, especially if you’re a teenager. And it’s not surprising that those teens diagnosed with ADHD are much more likely than others to develop depression as well. But the symptoms and characteristics of ADHD and depression are very similar, are difficult to distinguish, and sometimes the two conditions can overlap.

Teenagers are especially hard to diagnose because this age bracket represents one of the most difficult times in a young person’s life in terms of peer pressure and stress. Consequently, sometimes an ADHD and depression condition can be overlooked during the teenage years. Rather, it may be dismissed as simply “the teenage years.”

Below is an explanation of the differences and some information to suggest if your teen has ADHD, depression or perhaps a dual diagnosis of both.

Isolation and sadness usually occur in those teens with ADHD. Conversely, if it’s depression, you may see the following in your teen:

While the primary symptoms of depression are the same in teens as they are in adults, some differences are apparent. Both teens and adults may be overly critical of themselves. Teens, however, are visibly more sad and irritable, where in the same circumstance, adults might be able to hold it together a little more effectively. Teens also might struggle in school, while adults may have trouble at work or sleep a lot at home.

Depression shares certain symptoms with ADHD, such as poor concentration, irritable behavior and drastic mood swings. These symptoms alone make it difficult to distinguish between the two. ADHD sufferers are more likely to experience hyper-excitement and inattention, while depression sufferers might have extreme mood swings and sadness.

Additionally, those with depression will struggle with concentration and focus because of their depleting interest level in things they once got very excited about. ADHD sufferers simply can not pay attention no matter how hard they try to focus. Those with depression are sad for weeks, while teens with ADHD only experience sadness for a few days, and that depression is less intense and comes and goes. Finally, people with depression can respond to events rather unusually, where the ADHD person has a more normal reaction to these same events.

To rule out depression as an explanation for what appears to be ADHD, it’s smart to seek out a mental health professional, particularly a psychologist or psychiatrist. If you have both depression and ADHD, the depression is likely not just normal frustration dealing with ADHD. While those characteristics can exist with depression, in most cases depression is a distinct condition and not just a sign that you are struggling with your ADHD condition.

The most accurate predictor of major depression in ADHD is relationship problems, but that is not a primary issue with those suffering from ADHD alone. Clinical studies suggest getting a handle on the ADHD condition didn’t necessarily improve the depression condition. This suggests that the two disorders are distinct and require separate but simultaneous treatments.

There is help out there, however. Mild antidepressants and counseling have proved relatively effective with depression and ADHD, especially with teens when the onset of the condition is relatively new. Additionally, because social issues both predict and worsen depression and other mental health disorders, treatment programs that specialize in teen ADHD have helped those learn more social skills and have developed their confidence levels.

If your teen is exhibiting depression and ADHD symptoms, it’s very helpful to recognize the symptoms of depression, and not minimize this condition as merely symptoms of ADHD. If you do that, you’ll never be able to properly treat both conditions. Treatment of depression can help you manage your ADHD, and treatment of ADHD symptoms can lessen the struggle with depression. Additionally, treatments that focus on both conditions are a lot more effective in improving your overall emotional state. There are health professionals that specifically specialize in a dual diagnosis of ADHD/Depression among teens. Finding this type of professional for your troubled teen could prove to be the best course of action.

David Novak is a syndicated newspaper columnist, appearing in newspapers, magazines, radio and TV around the world. His byline has appeared in The Wall Street Journal, USA Today and Newsweek, among others, and he has appeared on the CBS Morning Show and The Today Show. David is a health and fitness enthusiast, and writes for several health and wellness publications, including a regular contributor for Healthline. For more of David’s articles, visit Healthline.com.