HALLOWEEN CANDY (from Myth and Magic by Mae Clair)

On the MenuAbout the BookAbout Mae Clair 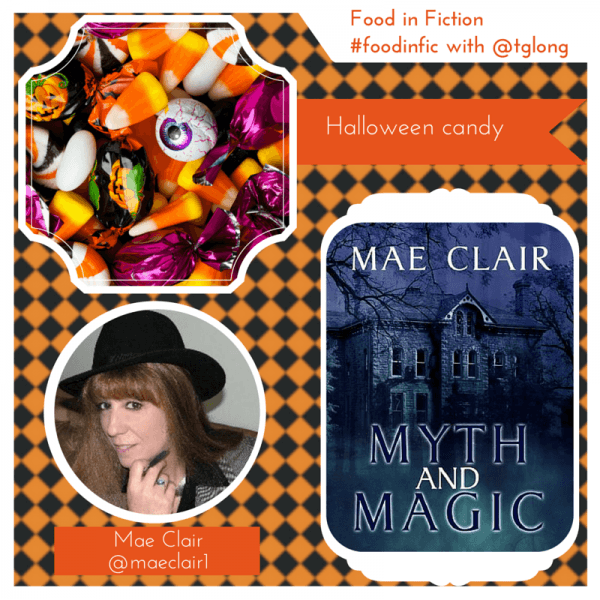 Who is eating? Why? What is the occasion? Derrick, the son of my hero, Caith Breckwood. Caith and my heroine, Veronica Kent, have just arrived at a lavish Halloween party after taking Derrick and his cousins trick-or-treating.

“I know my son.” Morgana said, speaking over the noise. “He’s stubborn, but he’s not stupid. He isn’t going anywhere, Veronica. He may not be willing to admit it, but he’s in love with you.”

She shook her head. “Caith’s terrified of love.”

Veronica clamped her mouth shut. Morgana was right. Even if Caith wouldn’t admit it, it was the defining emotion that had driven him all of his life. The reason he’d chosen a career designed to keep others safe, that he still couldn’t bring himself to visit Trask’s grave.

“Give him time first. Stuart said he was up all night. He’s barely slept and probably isn’t thinking clearly.” Morgana smiled encouragingly, hooking her arm through Veronica’s. “You can stay and help me decide where the band should go. And the goblins. Did I mention we’re having roving goblins?”

Veronica managed a small smile. The Ghosts & Ghouls people were pushing a series of crates through the door. Tall ones, large ones, squat ones.

“Mrs. Breckwood,” a sandy-haired worker called. “Where would you like us to put the trolls?” 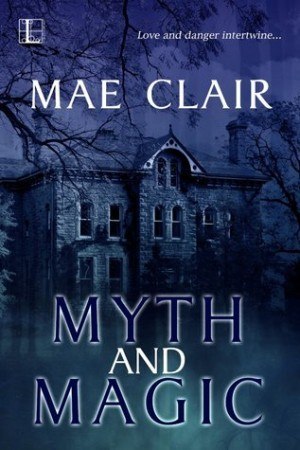 AS CHILDREN THEY PLAYED GAMES OF MYTH AND MAGIC…

Veronica Kent fell in love with Caith Breckwood when they were children. As a teenager, she was certain he was the man she was destined to marry. But a traumatic event from Caith’s past led him to fear a future together. He left Veronica, hoping to save her from a terrible fate. Twelve years later, Caith, now a P.I., is hired to investigate bizarre incidents at the secluded retreat Veronica manages. Returning to his hometown, Caith is forced to face his nightmares—and his feelings for the woman he’s always loved.

THEN ONE DAY THE MONSTERS BECAME REAL.

After the callous way Caith broke her heart, Veronica isn’t thrilled to see him again. But strange occurrences have taken a dangerous toll on business at Stone Willow Lodge. Forced to work together, Veronica discovers it isn’t ghostly apparitions that frighten her, but her passion for a man she has never forgotten. Or forgiven. Can two people with a tarnished past unearth a magical future?

Mae Clair opened a Pandora’s Box of characters when she was a child and never looked back. Her father, an artist who tinkered with writing, encouraged her to create make-believe worlds by spinning tales of far-off places on summer nights beneath the stars.

Mae loves creating character-driven fiction in settings that vary from contemporary to mythical. Wherever her pen takes her, she flavors her stories with mystery, suspense, and romance. Married to her high school sweetheart, she lives in Pennsylvania and is passionate about cryptozoology, old photographs, a good Maine lobster tail and cats.

Discover more about Mae on her website and blog.