On the MenuAbout the BookAbout Donna Brown

Who is eating? Why? What is the occasion? Helen is unwell and Marian has been tending to her and feeding her soup, but Marian’s ministrations might be hiding a more sinister motive…

“No, really I don’t think I could. Perhaps a little sleep.”

“We’ll have to get you showered, Helen. You’re starting to smell.”

Let me keep some of my dignity. God knows, you’re stripping me of everything else.

“I think I’m feeling a little better. I can manage a bath at least.”

“Well, if you’re sure, but don’t say I didn’t warn you. Would you like me to sit with you?”

No, Marian, I don’t want that. I don’t want a bedtime story or childhood memories or any more bloody mushroom soup. I want peace. 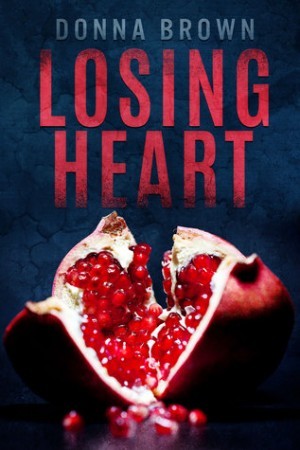 “I hate you. I hate you with all of Sylvia’s heart.”

Helen has waited for months for the heart that will save her life. After reaching out to the grieving mother of her donor heart, Helen realises that a second chance comes at a price. The price, she soon realises, is much steeper than she’d ever have chosen to pay.

Donna is a longtime book lover and sometime book reviewer and has devoured books from an early age. She writes short (or long) stories as and when inspiration hits and is married to fantasy author David M. Brown (Fezariu’s Epiphany, A World Apart). She was also co-contributor to David’s book, Man vs Cat, a humorous look at life with six rambunctious rescue cats.

Donna has lived in many different areas of the UK over the last 30-something years but has remained in Yorkshire for the past decade. She ardently disputes the misnomer that ‘It’s grim up north’.

OFE OWERRI (from Daggers In a Teacup by Aihebholo-oria Okonoboh) 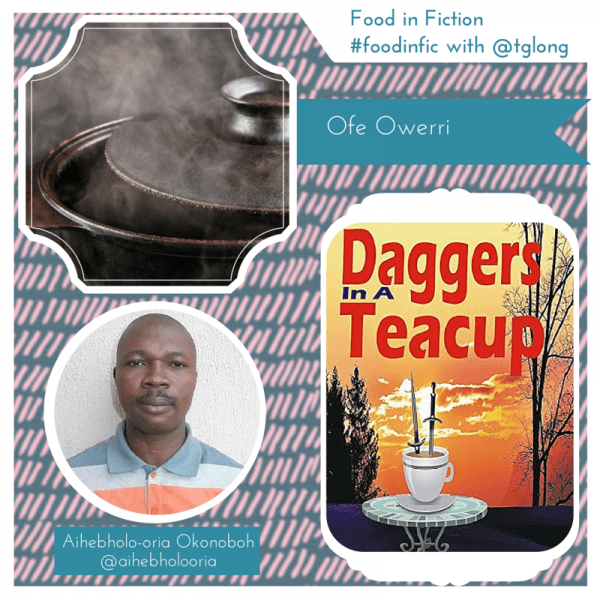 Click here for an Ofe Owerri recipe (on Dobby’s Signature)

Who is eating? Why? What is the occasion? Riley has just been awakened by a mysterious phone call and has been left reeling by the implications. She makes a hearty bowl of her grandmother’s oatmeal to prepare her for the rest of her day.

He managed to phone Agatha.

‘Hello, honey,’ she was excited.

‘I don’t know, Agatha,’ his voice was shaking.

‘Is everything all right?’

‘I have been trying to reach you since Friday night. God has been kind to us. Did you know that the plane crashed?’

‘I don’t want to say on the phone. How is the new couple?’

‘They are fine. I don’t want to bother them. I am longing to be with you, Siva. The joy of the couple is giving me cold. I wish you are here to dissolve the ice.’

‘I miss you too. I am afraid that something is going to happen to me. I will nevertheless always…’

‘Siva!’ Agatha screamed. ‘What is happening to you?…Do not let anything happen to you, Siva. That could be at the cost of my life. I have not loved anybody like you in my life. I need you now more than ever before.’

‘I cannot begin to tell you now. But I know everything is going to be okay.’

‘Yes. Nothing should happen to you, Siva.’

Economic and financial crimes are Nigeria’s greatest problems, stunting growth and development. The anti-corruption commission, in its effort to resolve it, has just invited Siva Okojie, a rising star in the police to be the new arrowhead of its investigations department. The young celebrity gladly accepts the offer, little realizing that his investigations will sweep him across the country and lead him to unexpected targets. He unknowingly chose his closest confidants among the criminal profiles, exposing him, his fiancée and his ward to grave dangers. His revelation will shock the whole world.