CHILAQUILES (from The Solar Sea by David Lee Summers)

On the MenuAbout the BookAbout David Lee Summers 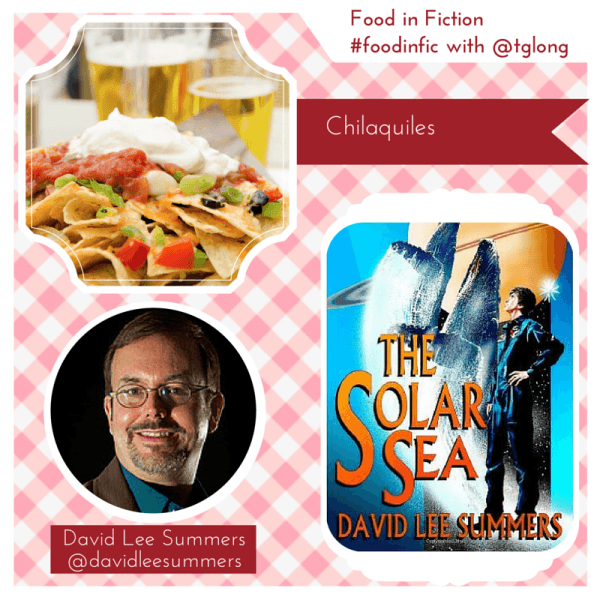 Who is eating? Why? What is the occasion? Neb O’Connell, a sensor technician on the first solar sailing vessel to the outer planets, comes into the galley on a day when the doctor is serving as volunteer cook and finds a dish from his home in New Mexico. He is fated to meet Lisa Henry, the woman he’ll fall in love with.

There was only one cook aboard Aristarchus, a man named Angus MacDonald. The kitchen was well equipped with a number of automated appliances, so MacDonald actually could cook meals all on his own. However, during the sixth week of the flight, several crewmembers, including Captain Freeman, Dr. Garcia, Lisa Henry, and Vanda Berko decided during a card game to volunteer their services in the kitchen. Not only did it provide MacDonald some relief, it also provided the crew with some relief from his cooking. It wasn’t that MacDonald’s fare was poor. It was actually quite good, but his repertoire was a bit limited.

One day soon after, Neb O’Connell stepped into the galley and was greeted by the aroma of onions, garlic, and chiles. “It smells good,” he said.

Dr. Garcia, who was on duty in the kitchen, looked up from behind the counter. “Thanks. It’s an old recipe of my mother’s — chilaquiles.” He handed Neb a plate covered with tortilla chips smothered in a red chile sauce topped with chicken, onions, and sour cream.

“I thought you’d make us eat healthier food than this,” chided Neb, taking the plate. 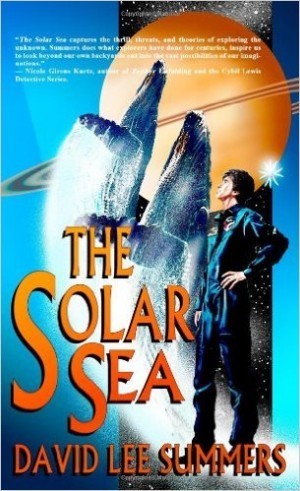 Humans settled the Moon and satellites orbiting the Earth were a common sight, but with the abolition of NASA, humans had no desire to go further and space exploration died. Then, a technician from the Very Large Array, a radio telescope in New Mexico, discovers powerful particles orbiting Saturn’s moon, Titan, which could be a new energy source. Strangely enough, following the discovery’s announcement, whales around the Earth changed their songs overnight. As scion of the powerful Quinn Corporation, Thomas Quinn builds a solar sail—a vessel pushed by sunlight itself—to find the source of these particles in Titan’s orbit. He gathers the best and brightest team to pilot his craft: Jonathan Jefferson, an aging astronaut known as the last man on Mars; Natalie Freeman, a distinguished Navy captain; Myra Lee, a biologist, specializing in whale communication; and John O’Connell, the technician who first discovered the particles. All together they make a grand tour of the solar system and discover not only wonders but dangers beyond their imagination. Drawing on his experience as an astronomer, David Lee Summers has created a story that is both exciting and plausible, one that can be enjoyed by both the young and young-at-heart who enjoy looking at the planets on a clear night and dreaming of what could be.

David Lee Summers is the author of eight novels along with numerous short stories and poems. His writing spans a wide range of the imaginative from science fiction to fantasy to horror. David’s novels include The Solar Sea, which was selected as a Flamingnet Young Adult Top Choice, Vampires of the Scarlet Order, which tells the story of a band of vampire mercenaries who fight evil, and Owl Dance, which is a wild west steampunk adventure. His short stories and poems have appeared in such magazines and anthologies as Realms of Fantasy, Cemetery Dance, and Apocalypse 13. In 2010, he was nominated for the Science Fiction Poetry Association’s Rhysling Award. In addition to writing, David has edited three science fiction anthologies: A Kepler’s Dozen, Space Pirates and Space Horrors. When not working with the written word, David operates telescopes at Kitt Peak National Observatory.

CHICKEN GUMBO (from Secret of the Big Easy by Robin Murphy)

On the MenuAbout the BookAbout Robin Murphy 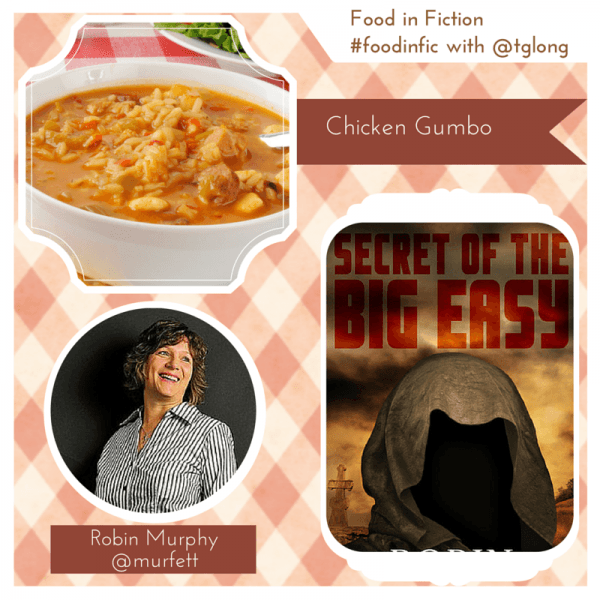 Who is eating? Why? What is the occasion? Marie Bartek, Cory Miller, Tim Haines and Gale Winters. They are sight seeing the French Quarter of New Orleans and this is their first meal out on the town in a Cajun restaurant.

The brilliant moon created a glow through the trees upon the marble altar. He stood at the end of the altar between her thighs and held the dagger in his hands raising it up toward the sky catching the reflection of the moon onto her breast. Carefully he whispered his praise and sacrifice for Beelzebub and set the dagger down between her parted thighs as the golden inverted pentagram swung from the chain around his neck. 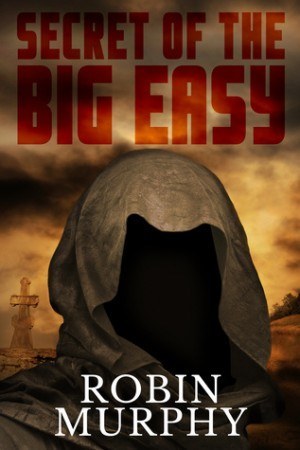 Secret of the Big Easy is a stand-alone novel and can be enjoyed even if you haven’t read the first book in the series, Sullivan’s Secret.

While visiting New Orleans for a conference, Marie Bartek and her friends decide to stay an additional week to do some sightseeing and investigate a few haunted places.

Their vacation turns into something else when Marie has a vision of a woman being tortured and murdered, and decides to contact the police. They soon learn that the woman she saw in her vision has actually been murdered, and after she has another similar vision, Marie and the SIPS team are dragged deep into the investigation.

Are the killings cult sacrifices or something else? Will Marie and her friends be able to figure out what is going on?

Robin Murphy, of Sharpsburg, Maryland, serves as the Administrative Associate assisting with student admissions, registration, financial aid, and business processes for the Masters programs in the Graduate Studies and Continuing Education departments at Shepherd University.

Robin attended Penn Highlands Community College and is a graduate of Long Ridge Writers Group. She was inducted as a member of Phi Theta Kappa Society, an International Scholastic Order of the Two-Year College in 1997, was nominated to The National Dean’s List in 1998, and received the honor of “New Executives 2000” by the Greater Johnstown/Cambria County Chamber of Commerce.

Robin is an Amazon best-selling author and a paranormal mystery and travel writer. She is a speaker on author platforms, self-publishing, and marketing, and recently became the sole-proprietor of Rookie Writers Solutions. Robin has over thirty year’s experience in the administrative, graphic design, desktop publishing, writing, and self-publishing fields.