Infographic: The Most Iconic Costumes in Oscar History (via Stylight)

Ahead of the Oscars, Stylight created this beautiful infographic about some of the most iconic costumes in Oscar history, including outfits from My Fair Lady (1964), Moulin Rouge (2001), and The Grand Budapest Hotel (2014). Here’s what they had to say:

Costume has the ability to transport viewers to another place entirely and as esteemed eight time Academy Award winning costume designer Edith Head said ‘What a costume designer does is a cross between magic and camouflage. We create the illusion of changing the actors into what they are not.’ So to celebrate this weekend’s 88th Academy Awards on February 28th Stylight has collated 15 of the most iconic costumes in Oscar history that were worthy of an award in their own right! From historical robes and classic gowns to fantasy costumes and swanky suits we take a look back at the most fashionable moments in film.

15 of The Most Iconic Costumes in Oscar History

Stylight also created some beautiful costume cards with a little more detail. You can see two below but for more cards and extra information about these wonderful designs, visit Stylight’s blog for the full post.

Gone with the Wind 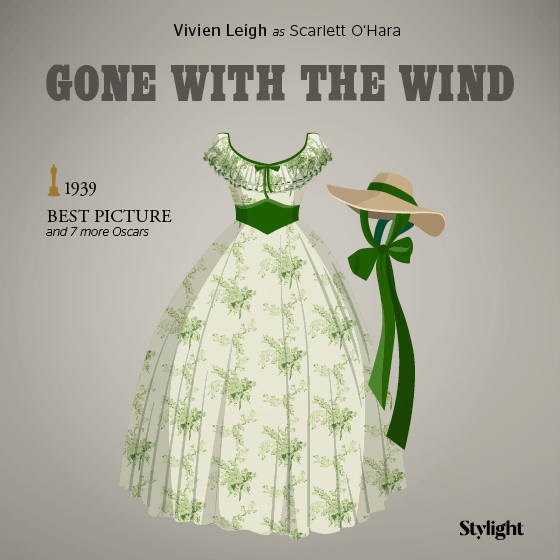 Stylight: “Just think back to silver screen siren Vivien Leigh’s authentic Southern style dresses in Gone with the Wind or Kate Winslet’s precious looks in Titanic – so much of the movie’s success is down to costume!” 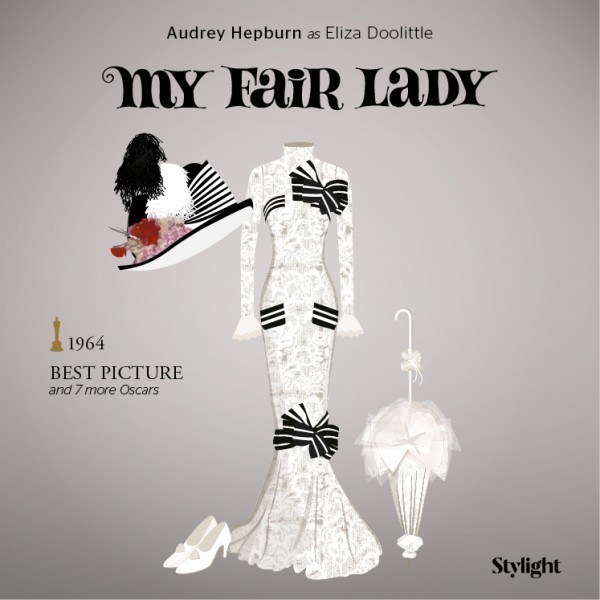 Stylight: “The famous Ascot dress that Audrey Hepburn wore in My Fair Lady was auctioned for a whopping $3.7 million in 2011!”

Do you have a favorite costume? Who would you like to see taking home an Oscar this Sunday?