If you’re like most of us, you experience days when you feel tired, anxious, or unfocused. Maybe – despite a strong desire to finish a story or novel or start a new project – you lack the motivation to commit. Or you do make the effort and have trouble concentrating on the task at hand. An occasional lapse is normal. But if lethargy, anxiety, or lack of motivation have plagued you for some time, it may be due to a low level of the neurotransmitter dopamine. 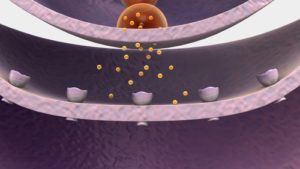 There are different types of neurotransmitters, each with its own effect on the body. One of these neurotransmitters is dopamine. Located in the deep middle region of your brain, dopamine regulates pleasure and pain. According to Psychology Today, dopamine also regulates movement and emotions and helps us to see rewards and take action toward attaining them.

Dopamine plays a vital role in other functions as well, including:

This neurotransmitter permits us to control impulses and focus on one particular thing at a time, almost “nudging” our brain into doing the task at hand. The attention you’re able to put into an action–reading or writing a novel, for instance–largely depends on the dopamine levels in your brain. 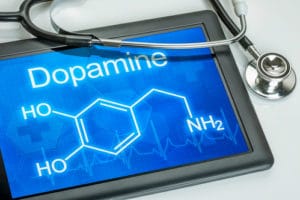 Dopamine also allows your brain to recognize rewards and work toward achieving them. Believe it or not, the brain even considers relief a type of reward! The feelings of happiness you experience after doing something fulfilling is all thanks to the neurotransmitter dopamine.

In her article, “Dopamine Primer,” published by Psychology Today, Dr. Emily Dean says, “Dopamine may well be the secret to what makes us human – meaning awfully bright, able to plan ahead, and resist impulses when necessary.”

Natural dopamine agonists–things we do or foods we eat–can also increase dopamine levels in the brain. The brain releases dopamine in response to rewards as well as pleasurable activities, such as learning something new, listening to music or exercising. Certain foods–containing the amino acid L-tyrosine or its precursor phenylalanine–can also act as dopamine agonists.

We’ve established that dopamine gives you energy, allows you to focus and perform complicated tasks, as well as see and achieve rewards, and that dopamine agonists can help keep levels of dopamine balanced.

Here are five things you can do naturally to boost your dopamine levels, and in turn, boost your attention, mood, and productivity.

Diet is an important factor in increasing brain performance-as well as in regulating dopamine levels. If you’ve been feeling lethargic, it could be due to low levels of dopamine. The neurotransmitter is made from the amino acid l-tyrosine, found most commonly in protein-rich food. 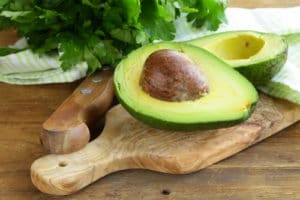 There’s a good reason why you feel energized and invigorated after a great workout. It’s because, like it or not, your body constantly craves physical exercise. When you exercise, in addition to helping you stay physically and mentally fit, your brain releases chemicals beneficial for productivity and happiness–including serotonin, endorphins, and, of course, dopamine.

Stress is one of the main causes of low levels of dopamine, so take a deep breath, close your eyes, and meditate.

Meditation is an excellent way to de-clutter the brain. Meditating enhances mindfulness, by freeing your mind of modern-day distractions, allowing you to become more aware of yourself, your thoughts and feelings, and your surroundings. Most significantly, meditation is arguably one of the best methods for stress relief.

This simple practice is also a great way to maintain hormonal balance and keep dopamine production at optimal levels. If you’re new to meditation or not sure how to go about it, give guided meditation a try, using an app like Headspace.

Writers, poets, singers, dancers, painters, and others strongly attached to the arts experience a state of being in the “flow” or “in the zone.” You know the feeling! Dopamine is the neurotransmitter that allows you to enter that state, see the rewards, and ultimately accomplish your goals. 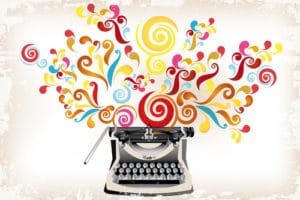 When you create something, dopamine gives you that feeling of satisfaction afterwards. Getting in touch with your inner artist inadvertently increases your dopamine levels, which in turn helps you feel good about the work.

To boost dopamine, free your wild side. Get creative, without worrying about other people judging you. Dance! Sing a song! Write a story that’s outside your genre; try not to worry about how readers might respond.

Some people are understandably skeptical when it comes to taking supplements. When you’re caught in a time crunch, supplements can be one of the most effective ways to get that much-needed dopamine boost.

A deficiency in the mineral magnesium can lower the dopamine in your body. In her article, Dopamine Deficiency: 8 Ways to Naturally Overcome Depression, published by University Health News, Jane Cooley, RN., says:

… natural health experts estimate over half of the US population to be deficient in this relaxation mineral. If you’ve been eating a diet heavy in junk foods or processed foods, you probably have a magnesium deficiency! Common symptoms include food cravings (salt or carbs), constipation, high blood pressure, rapid heartbeat or palpitations, muscle pains and spasms, fatigue, headaches, and depression symptoms such as mood swings, anxiety and irritability.

A multi-vitamin with magnesium or magnesium supplement can correct a deficiency. Other available supplements can also increase dopamine.

In her article “Dopamine Supplements to Improve Depression Symptoms, Mood, and Motivation,” Kathleen Jade, M.D., recommends the following: L-Tyrosine, Rhodiola, Mucuna, and L-theanine. “Each,” Jade says, “has been found in studies to increase dopamine and/or help balance dopamine function in the brain. They can be used as natural dopamine boosters to improve and enhance mood and motivation and to treat dopamine deficiency symptoms…”

Please note: This is not medical advice! Never take any new medications or supplements without first discussing it with your physician.

For readers, increased dopamine will give you energy and help you stay focused. If you’re an artist–writer, poet, creator–dopamine will do the same, and also help you feel happier and more satisfied with your work.

To increase dopamine naturally, eat dopamine-boosting food and workout regularly. Meditate to clear your head and stay present. Learn new things, listen to music, challenge yourself creatively–all the while improving your energy and focus. Be creative–and reap the rewards!

Alex Eriksson is the founder of www.anabolichealth.com, a men’s health blog dedicated to providing honest and research-backed advice for optimal male hormonal health. Anabolic Health aspires to become a trusted resource where men can come and learn how to fix their hormonal problems naturally, without pharmaceuticals. Check out his guide on foods that boost testosterone or follow him on Twitter or Facebook.