Finding and Working with a Book Illustrator: A Guide for Authors by Tilia Klebenov Jacobs

I’m so delighted that Tilia Klebenov Jacobs is joining me on the blog this week to discuss her experience of finding and working with a book illustrator to bring her new book to life. Today, Tilia will share some things every independent author should know about the process of finding and working with an illustrator. On Thursday, Tilia takes us behind the scenes to the process of taking her new book, Casper and Jasper and the Terrible Tyrant from initial idea to beautifully illustrated reality. Thank you for joining us, Tilia!

**At the bottom of this piece you’ll find a giveaway—easily spread the word about Tilia’s piece by tweeting or pinning or connect on social media for more chances to win!**

Finding and Working with a Book Illustrator: A Guide for Authors 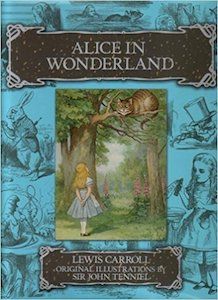 Some books, particularly children’s books, achieve the perfect marriage of text and illustration. I suspect few of us think of Alice’s Adventures in Wonderland without envisioning the classic illustrations by John Tenniel; and Winnie-the-Pooh and The House at Pooh Corner are all but unimaginable without the delicate whimsy of Ernest H. Shepard’s artwork. By their very perfection, these classics present a challenge: how can a writer and an illustrator, working together, achieve that glorious union of word and picture?

I recently finished my third book, Casper and Jasper and the Terrible Tyrant. A middle-grade fantasy, it simply cried out for illustrations. I learned much in my collaboration with Matt Tames, the artist whose vision enlivens my prose. It was my first time undertaking such a collaboration, and as with anything new, I repeatedly experienced the sharp whoosh of the learning curve. Here, then, are a few things I think any author should know about working with an illustrator. (I should add that this pertains largely to independent authors: traditional publishers usually have in-house artists.)

Investigate a wide swath of artists. How closely does their style match your vision? Is it cartoony when you want painterly? Is it dark and brooding when your story begs for sun-drenched optimism? How flexible is this artist? Can she adopt a variety of styles, depending on what’s called for?

If you’ve decided against an artist who knows you’ve been scouting her work, let her know that your decision has nothing to do with her artistic merit. I usually say something like, “Thanks for sending me your work. It’s lovely, but the style is not quite what I had in mind. Still, I really enjoyed seeing it, and even though things didn’t work out this time, perhaps we can work together on some project in the future.”

Let’s say you’re at Phase Two: you’ve found an artist whose work is exactly what your book needs. Now is the time to chat with authors who have worked with this guy. Were they happy with the results? Did he listen to their suggestions? Perhaps most crucially, can he stick to a deadline? If not, keep looking. Indie writers have to be businesspeople, and as an authorpreneur, you need to make sure that your projects stay on track and on schedule.

You’ve picked your illustrator. His work will rocket yours to the next level. Hooray! Now take a moment to remember that your artist is not psychic.

You, the author, have been living with these characters and their world for months or years as you wrote the book. (In many cases it’s longer than that. In my new book, Casper and Jasper are menaced by carnivorous marshmallows, a swampland plant I dreamed up in middle school while I was supposed to be doing something educational. [Hint: I am no longer in middle school.]) Thus you, the author, likely have a crystalline vision of the world you created. By contrast, the artist has just met these people and will only get to know them over the course of the project. This requires that each of you respect the other’s talents and limitations in equal measure.

A robust and honest collaboration can be fruitful for all concerned, including the book’s eventual audience. Ernest H. Shepard, in his brief essay “Illustrating The Wind in the Willows,” reminisced about working with that book’s author: 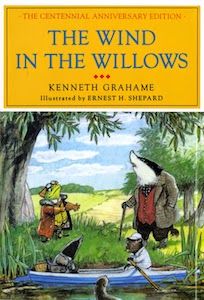 Kenneth Grahame was an old man when I went to see him. Not sure about his new illustrator of his book, he listened patiently while I told him what I hoped to do. Then he said, “I love these little people, be kind to them.” Just that; but sitting forward in his chair, resting upon the arms, his fine handsome head turned aside, looking like some ancient Viking, warming, he told me of the river near by [sic], of the meadows where Mole broke ground that spring morning, of the banks where Rat had his house, of the pools were Otter hid…

I was to meet Kenneth Grahame once again. I went to his home and was able to show him some of the results of my work. Though critical, he seemed pleased and, chuckling, said, “I’m glad you’ve made them real.”1

Shepard was not the only illustrator whose work graced The Wind in the Willows. Others had that honor, including luminaries Arthur Rackham and Tasha Tudor. But only Shepard worked with Grahame in the kind of relationship that Sir John Tenniel had with Lewis Carroll;2 and the results speak, well, volumes. Clearly this is the sort of working relationship to emulate; which brings us to our next point.

Dialogue is essential. Your artist can’t see into your head; she will have to compensate for this deficit by paying close attention to your descriptions and comments. Similarly, you will have to compensate for your inability to beam your ideas straight into the artist’s head, Matrix-style, by bringing to the fore all those great communication skills that enabled you to write your book in the first place. This phase of the project must be characterized by a constant wash of give and take.

It is reasonable to have an artist read salient excerpts from your novel; my illustrator, Matt, read my entire manuscript. Even so, you may find that your artist’s early sketches do not match your concepts. Consider this email exchange between me and Matt. It concerns a blue imp named Herschel Wulfgrim, and naturally enough I knew exactly what he looked like.

Matt: I’m exploring some of the main characters, trying to define their identity and general look. If you have some thoughts on how they should look feel free to give me some suggestions or things you’d like me to reference. I’ve been focusing on…Hershel at the moment… I still need to explore Hershel more.

Me [responding]: Yeah. Bit of a problem. I would cross the street to avoid this guy. This is not the image we want. Think of it this way: imagine the creature in this image married a Smurf. Now think of their offspring, with Smurf being the dominant gene…. He should look much more cute than creepy. Also, the description of him says, “His broad-brimmed hat sported a broken feather.” Gotta have the broken feather in there.

Several iterations later, Matt’s Herschel and mine had become one and the same, a magical mixture of cute and formidable. It took some time, but it was worth it.

During this time, be clear, be persistent, and be patient. After all, the artist has a skill set you do not (otherwise you’d be illustrating the thing yourself, wouldn’t you?). His talents will bring an element to your work that you alone are incapable of attaining. And that counts for a lot.

Watching your characters emerge through someone else’s paintbrush is a thrill like no other. It is akin to hearing dialogue you wrote performed by talented actors. Suddenly your work takes on new dimensions, unexpected nuances, and shades of meaning you hadn’t realized were there. It comes to life; and you realize that, through some artistic alchemy, it has changed, to the point that is no longer entirely yours. Together, you and the artist have created something new, something neither of you could have done alone. And that is a wonder and a marvel to behold. 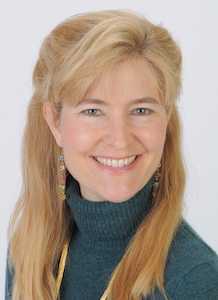 Tilia Klebenov Jacobs is the author of two crime novels, Wrong Place, Wrong Time, and Second Helpings at the Serve You Right Café. She has also published numerous short stories. Tilia is also a reviewer for IndieReader.com, a judge in San Francisco’s Soul-Making Keats Literary Competition, and a board member of Mystery Writers of America. She has taught middle school, high school, and college; at present she teaches writing classes for prison inmates. Tilia’s next book, Casper and Jasper and the Terrible Tyrant, comes out in 2018.

Find out more about Tilia’s illustrator, Matt Tames, at MattTamesArt.com or on his Facebook page.

About Second Helpings at the Serve You Right Café

“What if the world didn’t want you to go straight? Out on parole after almost ten years in prison, Emet First is repairing his shattered life. He has friends, a job, and his first date in a decade. The young woman, Mercedes Finch, is lovely but wounded. When her deranged brother learns about Emet’s past, he will stop at nothing to destroy him—and suddenly Emet has everything to lose.”

When Tsara Adelman leaves her husband and two young children for a weekend to visit her estranged uncle, she little dreams he is holding several local children captive on his lavish estate. Mike Westbrook, father of one of the boys, kidnaps her to trade her life for the children’s. Soon Tsara and Mike are fleeing through New Hampshire’s mountain wilderness pursued by two rogue cops with murder on their minds.