A Week with Ann Pearlman: Guest Post: Getting a Pulitzer Nomination

Ann Pearlman joins me on the blog this week to talk about receiving a Pulitzer nomination, plus share an excerpt from her nominated book, Infidelity. Ann previously joined me on the blog as part of a 2012 event, The Bestsellers’ Sandbox and I am thrilled to welcome her back!

**At the bottom of this piece you’ll find a giveaway—easily spread the word about Ann’s piece by tweeting or pinning. Connect on social media for more chances to win a $25 Amazon.com gift card!**

Getting a Pulitzer Nomination

I don’t remember which city I was in or which TV show I was about to do. My make up was done, and I waited in the green room ready to be ushered onto the set for the interview. Probably swinging my leg in nervousness.

I was on the book tour for Infidelity composed of hops across the country, a different city every other day, driven by a publisher’s escort from radio station, to TV news program, newspaper interview, radio talk show, book store reading and finally, my hotel.

My phone rang. It was the senior editor of the publishing house. “Ann?”

“Good news. Great news. Infidelity has been officially nominated for a Pulitzer.”

“What?” My voice screeched. “You’re kidding.”

He laughed. “Not at all. You’ve been nominated for a Pulitzer Prize. Congratulations.”

The producer for the show entered. “Ms Pearlman, we’re ready for you.”

While the station played an advertisement, I sat down, smoothed the skirt of my dress over my legs. The make up man powdered the host’s face, then mine. I grinned thinking about the Pulitzer while a mike was fastened to my collar.

The Pulitzer? How did that happen? My heart pounded so I couldn’t tell what was excitement about the news and what was nervousness about the live TV show.

The book had received more attention than I anticipated. Especially after months of rejections, I was thrilled it was going to be published. Then, it received surprising applause: a starred review by Publisher’s Weekly, a forced auction for the paperback rights.

He was making small talk before introducing me, but I was way too excited to follow the ritualized procedures.

“Guess what? I still can’t believe it. I just learned that Infidelity has been nominated for a Pulitzer.” My words were as rapid fire as my heart.

“Thirty seconds ago. In your green room,” I pointed in the direction with my thumb. “From my editor. You’re the first person I’ve been able to tell. First time I said it aloud.”

The host’s eyes widened. “You mean I got a scoop?”

I don’t remember the interview. He did announce the good news and I’m sure he had a series of questions the producer suggested. I assume I inhaled deeply and became once again the professional who focused on the topic of the moment.

Once home, the Pulitzer nomination seemed like a dream, as unattached to my regular life of being a mother, therapist, writer as the book tour. The Pulitzer nomination was like a jump into a different world. But it was also an invisible change, one of those events like the first time you make love, or land a wonderful job. I was as invisible and anonymous as I had always been. I told my family and close friends. Each time I basked in their excitement and slowly it began to seem real.

Meanwhile, the promotion for Infidelity continued. I appeared on 51 radio programs, 11 Television programs, 24 print media. Some of these were big, some of them fell flat. I was set to appear on Good Morning America. Unfortunately, I burst a blood vessel in my eye doing push ups. Even two weeks later, my daughter told me, with the white of my left eye bright red, I looked like Satan. Once in New York, I was warned that Siamese Twins were just born and may bounce me.

They did. My interview was taped. But, as far as I know, never showed. I continued my tour.
When the tour ended, I resumed my ordinary life. I worked on a novel that I had started, took care of my psychotherapy practice, raised my children.

By December, I had not heard anything further about the Pulitzer. My book was not one of the finalists, I realized as I baked 13 dozen cookies for a Christmas cookie exchange.

By the time the winners were announced, I had incorporated that Infidelity would not be among them. But that did not take away the thrill and sense of honor of the nomination. The sense of accomplishment and pleasure has remained. Along with a Lionsgate movie based on it, the Pulitzer nomination has become part of the WOW factor associated with Infidelity.

Accolades and prizes mingle with the rejections, mixed reviews and unpublished books.

Facebook and Twitter were not in play. Or at least, I wasn’t part of them and publishers were not encouraging authors to be on social media. This was at the turn of the century. Amazon and ereaders were lurking in the future. Since then, and rapidly, publishing changed. When my next books were marketed, the Pulitzer was mentioned in my publicity. Even almost two decades later, the nomination sings loudly that my writing was deemed sufficiently strong to deserve throwing it in such a prestigious ring. But it guarantees little in itself. I still have the same hoops to jump through to get published. Perhaps the gatekeepers pay more attention to my work, but if so, that’s invisible.

And me? We get used to our failures and settle into our achievements carrying them forward as we continue our voyage. Additionally, there are always two tracks in writing. One is the writing and the sense of meaning, thrall and sense it makes of the world. The other is the “success” in the market place. Sometimes the market place supports the writing. But praise and success in one project guarantee little. Meanwhile, we writers will write, be transported, extract meaning and yearn over our work. It’s how I make sense of the world and share that with others. 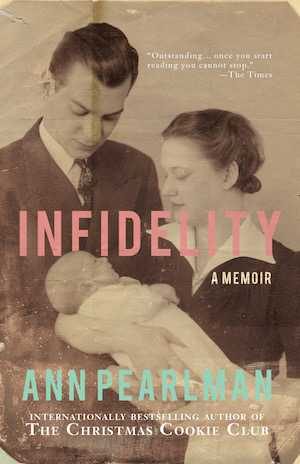 She thought they were the perfect couple. She authored Keep the Home Fires Burning: How to Have an Affair with Your Spouse and appeared on Oprah, Donahue, and Sally Jessy Raphael as an expert on the joys of sexual monogamy. She was a marriage and family therapist who counseled patients coping with cheating spouses. She believed she had escaped her family legacy of marital infidelity. She was wrong. After thirty years of marriage and three children, Ann Pearlman discovered her husband’s affair with another woman.

In Infidelity, Pearlman tells the true story of the devastating effect of adultery across three generations of American women. An award-winning author, columnist, psychotherapist, marriage and family therapist, Pearlman draws on sociological and anthropological works as well as her own experience to write out her rage, pain, depression, doubts, and, eventually, her journey back to confidence and strength. Originally published by MacAdam/Cage in 2000, Infidelity was nominated for a Pulitzer Prize and the National Book Award, and also served as the inspiration for a Lionsgate film.

Infidelity re-published by Dzanc Books, is available in books stores as of August 14, 2018.

“An unusually vivid and striking account of the effects of men’s affairs on their wives and daughters—an immediate, personal story of depth and power, as gripping as a good novel.”
—Publishers Weekly (starred review)

“Outstanding… once you start reading you cannot stop.”
—The Times

“A vivid, thoughtful memoir of a woman’s life, her sexuality, and her growing social, psychic and sexual consciousness…Pearlman tells her story with a lovely control and a deep sense of meditative longing.”
—Elle 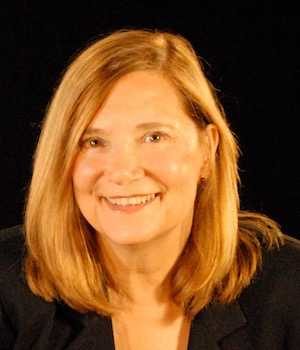 Ann Pearlman has won vast critical and commercial success for her fiction and nonfiction books. Keep the Home Fires Burning: How to Have an Affair With Your Spouse garnered the attention of the Oprah Winfrey Show and was featured on many other talk shows. Her memoir, Infidelity, was nominated for National Book Award and a Pulitzer Prize, and made into a Lifetime movie by Lionsgate. Inside the Crips, with a foreword by Ice T, took readers into the life of a Crip gang member and the California Prison system. Her first novel, The Christmas Cookie Club, became an international bestseller, spawning cookie exchanges and a follow-up cookbook.  A Gift for My Sister won first place in the Sharp Writ Book Awards, 2013.  She lives in Ann Arbor, MI.