Because bad guys are such fun to write, or perhaps simply because they stand in the way of our hero or heroine, it’s tempting to make them uni-dimensional. Your villain is a serial killer? Make him eat children. He’ll be far scarier – and more compelling – if he’s pure evil incarnate, right?

The scariest characters – in real life or in fiction – are those we believe, in the right circumstances, given enough love, held up to the light, could be good people. Consider Casey Anthony, the mother acquitted for the crime of murdering her toddler. Most of America hated her, sure – yet, somehow her lawyers managed to convince twelve honest, law-abiding jury members that, despite the astounding circumstantial evidence mounted against her, she was not guilty of murdering her child.

Because she’s pretty, because – like it or not – her desire to party was appropriate, not for a mom, but certainly for a woman her age. Because, if she was a victim of incest, assuming she was a monster, it may not be entirely her fault.

The same principles apply in fiction. Compassionately drawn villains are the most interesting bad guys, both because they are unpredictable and also because part of us – sympathetic or empathetic – is rooting for them. 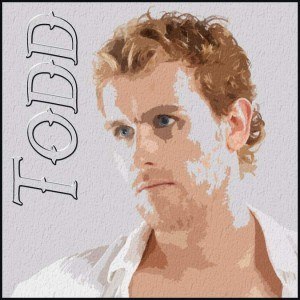 Todd Corbett, Leah’s badass boyfriend in my novel, In Leah’s Wake, is one of these villains. Todd comes from the wrong side of town. A high school dropout, he worked for two years as a roadie for a rock band. When he returns to Cortland, after his arrest for dealing coke, and Leah, a good girl, star athlete, falls in love, I thought readers might hate him.

Yet they tell me they don’t. Why?

First and foremost, because I don’t.

That’s right. To create a compelling villain, you, the author, must like – or at the very least – empathize with him.

Like Casey, Todd is extremely good looking. This works in his favor. Writing, I pictured a tall, blue-eyed blonde, who, as we see in the opening chapter, is gentle with Leah. Had I made him five-three, fat, balding and pock-marked – OK, I might have liked him then too, or taken pity on him because he was so ugly; the point is, like most humans, I’m partially swayed by appearance. The kid’s hot, gosh darn it. He reminds me of a boy I might have dated in high school (had my parents allowed it).

Make your villain charismatic. Give him or her a physical appearance that you – and your characters – find at least reasonably attractive. Or make him or her so ugly that human kindness dictates compassion.

Second, give him at least one redeeming quality, one that’s not a cliche. You say your villain loves puppies? Nope. (Rolling my eyes.) Cliche alert. 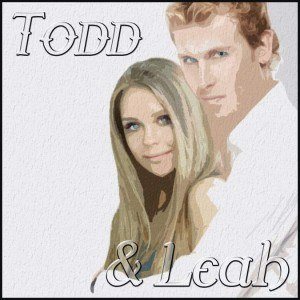 As I’ve said, early on Todd is gentle with Leah. He feeds her hunger for independence. He accepts her for who she is. Kids at her middle-class high school, indeed the people in town, expect a lot of her. They want her to fit a mold they’ve created. Leah’s dreams be damned. The adults in her life, some legitimately (they want to keep her on track) stifle her with their rules.

Todd has no expectations, no rules. With him, she can be a free spirit, the person (she thinks) she was meant to be. Let’s face it: he has very few expectations of himself. Why would he have any of her?

She doesn’t see this. To her, he represents freedom, possibility, independence.

I may cringe at her immaturity, his manipulation, yet part of me – and, I daresay, the reader – identifies. We understand what she sees in him. We can’t help but feel attracted. If your protagonist sees the good in the villain – until you’ve shown them why they shouldn’t – readers will too.

If the villain has a positive effect on others or on his surroundings, he’ll also be more likeable. Early on, among the high school kids in Cortland, Todd is a hero. He’s a rule flouter, the cool kid they wish they could be.

In one of the early chapters, I write a scene with Todd and Leah partying with his friends. Although drinking and drugging, the kids are relaxed, easy with one another. They tease; they have fun. In a later replay of that chapter, after Leah is dismissed from the soccer team, Todd and his friends rush to Leah’s defense. When Leah runs away from home, Todd’s friend Hope takes her in. These small kindnesses toward Leah, while they never completely absolve Todd, humanize him, make him relatable.

Later, Leah runs away with Todd. Because the stakes are so high – she risks completely alienating her family – to empathize with her, forgive her monumentally poor decisions, readers must have empathy for Todd. Otherwise, they’d simply view her as a nitwit or a jerk and lose interest.

Consider the sociopath. You’re reading a police procedural or a thriller – a classic story of good versus evil. When the cop confronts the villain, we clap, breathe a sigh of relief, finish the book and start on the next.

Suppose, rather than pure evil, the sociopath has redeeming qualities. He’s kind to a neighborhood child or he’s a staunch environmentalist or he’s honest to a fault. Because he doesn’t want the clerk to get in trouble or suffer in any way, he always returns incorrect change. Now when he and the cop have their showdown, instead of thinking kill him, we think wait. Maybe he lunges at the cop, forcing the cop to shoot – still, we feel a split-second of hesitation. Our heart stops; we wish for a different end.

I don’t know about you, but those moments haunt me. Long after I’ve finished reading a novel, I think about these characters, mull over their decisions, and wonder what was and what might have been.

Finally, consider your villains motivations. They may be warped or weird, but let them, from the villain’s odd point of view, be well intended. If your villain is not a pov character, this can be hard to pull off. We can’t get inside his head, so we, thus readers, must rely either on his actions or the perceptions of the other characters, which, as is the case with Leah, may be unreliable. This is why it’s so important to show some decency or positive behavior: ‘show don’t tell’ gets the job done.

If you give your villain a point of view, you’ll have free reign. Don’t be afraid to show us his good side. Let him doubt or even hate himself.

These techniques, which worked so powerfully to generate empathy for Raskolnikov, the murderer-protagonist in Crime and Punishment, will also work for you.

How do you create villains your readers love to hate?