Martha Carr: The Art of a Thriller

I’m thrilled to welcome Martha Carr back to the blog to celebrate the release of her new book, The Keeper. I hope you enjoy Martha’s fascinating post on the art of thriller writing!

The Art of a Thriller

In order to write a good thriller, a writer has to be good at observing human nature from a more cynical viewpoint. I’m the author of several thrillers and my newest, The Keeper, is the second in the Wallis Jones series.

I also write a nationally syndicated column on politics that I’ve been told should be my main focus in books or maybe a memoir on beating the odds with cancer or on being a descendant of Thomas Jefferson and my entire rowdy family.

But I love to write a good thriller.

But I love to write a good thriller. It doesn’t hurt that my degree is in psychology and I grew up as one of five children on the grounds of an Episcopal seminary during the 1970’s just outside of Washington, D.C. when they first started ordaining women. Everything seemed thrilling to me and a little dangerous.

I marched in Washington and took part in debates as a teenager surrounded by adults, amazed at how angry they got over a difference of opinion. I was hooked. It’s the same way every good thriller starts out too. Something has happened or is about to happen and everyone has to take a side that will determine their fate. Heady stuff. But not the starting place.

The more you know, the easier it is to tell their story.

If you want to write a thriller, start with a character you love, like Wallis Jones, a wife, mother and lawyer who coincidentally also comes from a famous family, only she doesn’t know it at first. Write down every characteristic about them like, how tall they are, how old, what they like to eat and if they prefer a good hot day over a snowy one. The more you know, the easier it is to tell their story.

Then build out the other five more important characters the same way. These are your building blocks and will become the micro part of writing a thriller.

Now, you need the macro or the big picture. What is going on around these people that will draw them in and could cause them as individuals and as a group to question themselves, their lives and what they ought to do next?

This part is key. If the reader doesn’t believe that it’s enough to get someone to shake out of their routine and risk something important to find out what just happened, they won’t keep reading.

You’re the writer so, just like driving a car, you have to know the destination.

Come up with the ending so that you know where the thriller is headed and so that every action that takes place will more naturally fall into line. You’re the writer so, just like driving a car, you have to know the destination. Create an outline of sorts with at least some detail so that you can keep track of any red herrings or hidden clues and weave a story that tells the intimate lives of your characters, the micro that makes a reader care, and pulls them into the conspiracy, or the macro, that gets their heart racing and makes them want to turn the page.

The Wallis Jones series has been a lot of fun for me as I weave together characters who are trying to do the right thing even though it’s a moving target, while raising a family and going to work. That’s all happening while they’re surrounded by a grand conspiracy looking for power and a few dead bodies. It all reminds me of my childhood in Washington.

One last tip that applies uniquely to thrillers. Keep the chapters short and the action in the forefront and have some fun with it. If you’re not having any fun, the reader probably won’t either. Then, when your book finally comes out and you get to talk to readers you can both be amazed over that car scene or who died or who got away, and the thrill of it all will just amaze you. 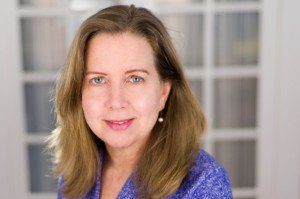 Martha Randolph Carr is the author of five books and has a weekly blog on writing, thrillers and life in general. Her newest work, The Keeper is the second in the Wallis Jones series, and is a political thriller set around the attorney, Wallis Jones her husband Norman and their son Ned. The List is the first in the series. Martha is currently at work on the third book in the series, The Circle.

Martha is also a melanoma survivor, Chi runner, occasional rower and skydiver and mother to Louie. She resides near her son in Chicago, IL, where everyone is always welcome to stay for dinner.

Wallis Jones returns in The Keeper, the second book in the Wallis Jones series, and is picking up the pieces after finding out she’s part of a conspiracy she can’t kill off while she tries to learn to live inside of it. Her husband, Norman has been part of the conspiracy all along but kept his silence. Her son, Ned is growing up and still reeling from getting caught in the crossfire. Two large secret organizations now see him as the prize but Wallis has different plans.

A war has broken out as one side tries to force the hand of the other and they battle across state lines trying to gain control and win the presidential election. All along, Wallis works to build a life and get out of the way. The Keeper shows up in a twist and changes the landscape for her, once again testing her faith, her resolve and making her question if, for once, she will not be able to figure out what to do in time.

The Wallis Jones Series Read an excerpt The Keeper on Amazon