A Week with Jessica Treadway: Interview (Part I)

If you missed yesterday’s introduction, click here to visit! 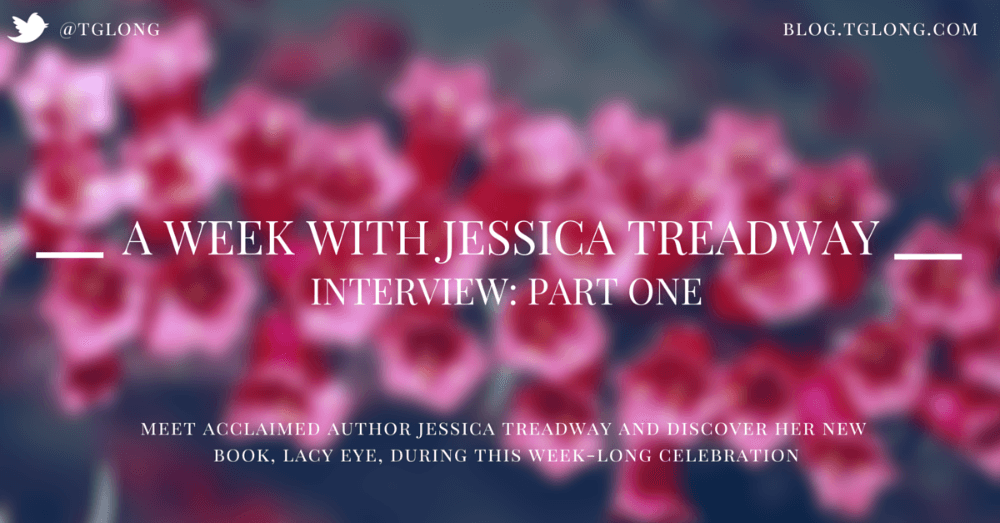 When did you first know you wanted to write fiction?
I’ve known it as long as I can remember. I wrote my first story when I was four, about a boy who fell out of a tree and then ran into the house to tell his mother, who put a band-aid on his leg. My mother very gently asked me: If he broke his leg, would a band-aid really fix it? It was my first experience of realizing that you couldn’t just make something up and write it down. It’s also a good example of how supportive my mother has always been about my writing. Unlike other parents I’ve known, she never discouraged me from wanting to make it my career. But I’m also glad she challenged me with that question way back when, instead of being one of those parents who just praises everything a kid does. That would not have served me as well as the question she asked.
What do you love about writing fiction?
The freedom and pleasure of creating people and their lives.
Hate?
I can’t really say I hate anything. Even on its most frustrating days, it is a gift to be able to do what I love to do.
What part/s or aspects of your life or personality do you find most beneficial for writing fiction?
I like and thrive on routine, so that helps me to establish and keep a pattern of sitting at my desk. I’m perhaps a bit obsessive, and I like things to be the way I want them to be. I won’t use the phrase “control freak” and I hope people who know me wouldn’t, either, but sometimes it might come close. These things do help when one is trying to wrestle a manuscript into shape.
Most detrimental?
Impatience – wanting what I want when I want it. I’m trying to get better at this as I age and I think I’ve improved, but it’s still there.

Could you please describe your process?
In a recent interview, you mentioned writing for 45 minutes a day. I found that fascinating. Why/how does this work for you?
It means that I’ve committed for each session of those 45 minutes to do nothing else (unless there were to be an emergency, of course). It also – and this is a big part of it – means that I know an end is in sight, so no matter how hard it is during that 45 minutes, I will have a breather guaranteed at the end of it. It might only be a breather of a few minutes, before I start the next 45-minute session, but at least I know I’ll be able to relax and re-charge before continuing.

This may be very nerdy, but I keep track of each session with tally marks on a pad, so at the end of the day I know exactly how much time I’ve spent writing. It makes me feel productive to add it up, and wanting to feel that feeling motivates me to start another 45-minute session each time. Otherwise, it’s too easy to find things that “need” to be done during the day, and then the day’s gone and I haven’t written anything.

You are also a highly accomplished short story writer. Which form do you prefer? Why?
I prefer stories. Elizabeth McCracken, a writer I admire who writes both novels and short stories, said that a short story is a blow to the solar plexus, whereas a novel is like a lingering illness you might never recover from. I think she was speaking of the experience of reading those two forms, but to me it also applies to the writing. I discover much more when I’m writing a story than I do when I’m writing a novel, probably because at a certain point I really do have to make an outline for the novel, when this isn’t necessarily true of a story.

How do you know if an idea will be a story or novel?
I don’t, always. My first novel (And Give You Peace) is an expansion of the first story I ever published. The story came out in 1984 and the novel was published in 2001, so somewhere during that time I realized that I wasn’t finished with exploring those characters and what happened to them.

On Thursday, Jessica will be discussing Lacy Eye in more detail!