Alejandro IV Barragan: We Are Nothing But Words

Today, Alejandro IV Barragan joins Luz Aguirre, Mary Ellen Sanger and Carolina Drake in sharing a guest post and an excerpt from his piece in Mano a Mano.

We are nothing but words 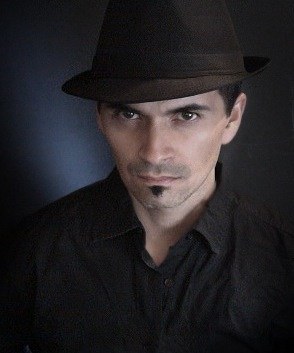 We are the only species in the planet that uses the tongue for something else it was not designed to do. We became a balance of sound and silence that gave birth to words. Words that are born in our brains, travel through our consciousness and transform themselves when trampolineing on the tongue on its way out. Creating a reality that sometimes has nothing to do with us. Becoming free with it’s own aura, soul and stories. Words help us to navigate creating paths for us to follow and explore. Words seem to be everything that defines us. Sometimes they seem to be real, sometimes they are just a void, sometimes they say too much, sometimes say nothing the all and became noise, sometimes they betray us with meanings we did not anticipate. Sometimes they just echo and morph to become something else. Hopes that reflect our insides. Simple desperations are difficult to express. Words are the documentation that makes us what we are. Words are the small cells reproducing themselves to create bodies. Our bodies in a constant evolution of stories spread in the stream of time.

Racket In A Place Without Memories 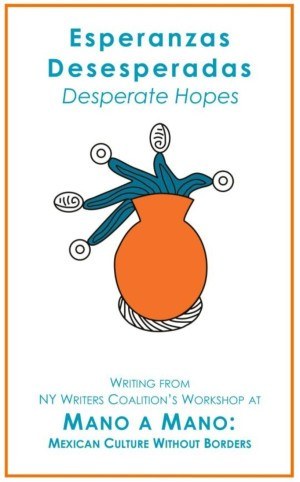 I awake with the sharp annoying metal sounds

of working with the blacksmith always strange, I feel it’s a dream common sense propels me marked by

untouched papers because of urgent haste

I raise, reflect, speed up

sounds are no longer metalized but become heighten and bounce off each corner I keep running, stirring doors without forgetting my favorite weapon my protection, my friend, an elongated bubble gun and a magnifying glass to adjust the sight, sighting

filled with absences swimming outside themselves awaiting each day’s arrival of a city of a lie.

Alejandro IV Barragan is a native from northern Mexico. Alejandro emigrated to the United States in 1994. Visual arts and literature are his life. Barragan graduated from the University of Anchorage, Alaska. He holds a bachelor’s degree in Journalism and Public Communication as well as in Spanish Literature and the Arts.

His first publication was a small collection of poems in La Hoja Murmurante a periodical based in Toluca, in 1989. In 1992 he became chief editor of his own magazine De Concreto. In 2001 Alejandro created DanzasMexicanas.org space dedicated to the roots and evolution of Mexican culture. He currently lives in New York working as an independent producer and visual artist. His poetry was included in Esperanzas Desperadas (Ny Writers Coalition Press 2013) a collective effort of writer’s workshop of Los Lunes from which Alejandro is member.

Contributor to the blog http://loslunes.wordpress.com