A Week with Jessica Treadway: Five Quotes from Lacy Eye

If you missed Monday’s introduction, click here to visit! You can also read Part One and Part Two of Jessica’s interview,  or read an excerpt from Lacy Eye. 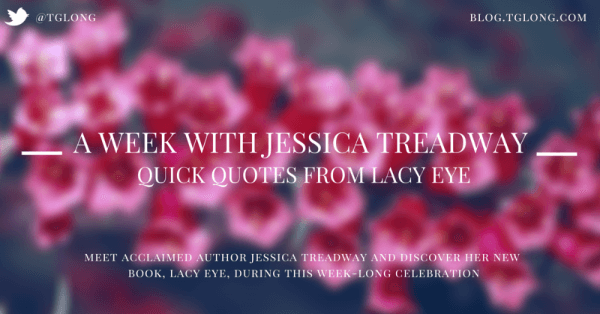 “He’s perfect, honey,” I told her, of course having no idea how those words would come to haunt me in only a few months.

Back then, it was just Dawn and me in the house or the garden much of the time, both feeling safe – secure, not afraid of saying the wrong thing or making a mistake – in the connection between us. 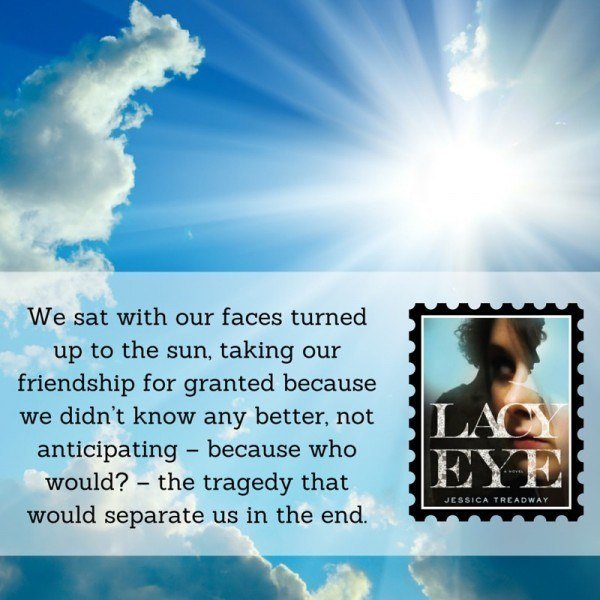 We sat with our faces turned up to the sun, taking our friendship for granted because we didn’t know any better, not anticipating – because who would? – the tragedy that would separate us in the end.

One of my favorite memories is of the time Joe put one end of a hot dog straight into the dog’s mouth, the other in his own, then raced her as they both ate toward the middle until their noses touched. 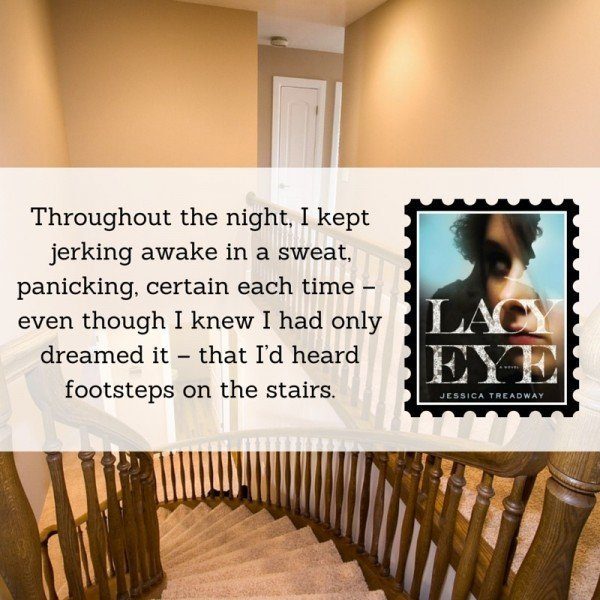 Throughout the night, I kept jerking awake in a sweat, panicking, certain each time – even though I knew I had only dreamed it – that I’d heard footsteps on the stairs.

Visit again tomorrow when Terri will be sharing some of her favorite short excerpts from the book!